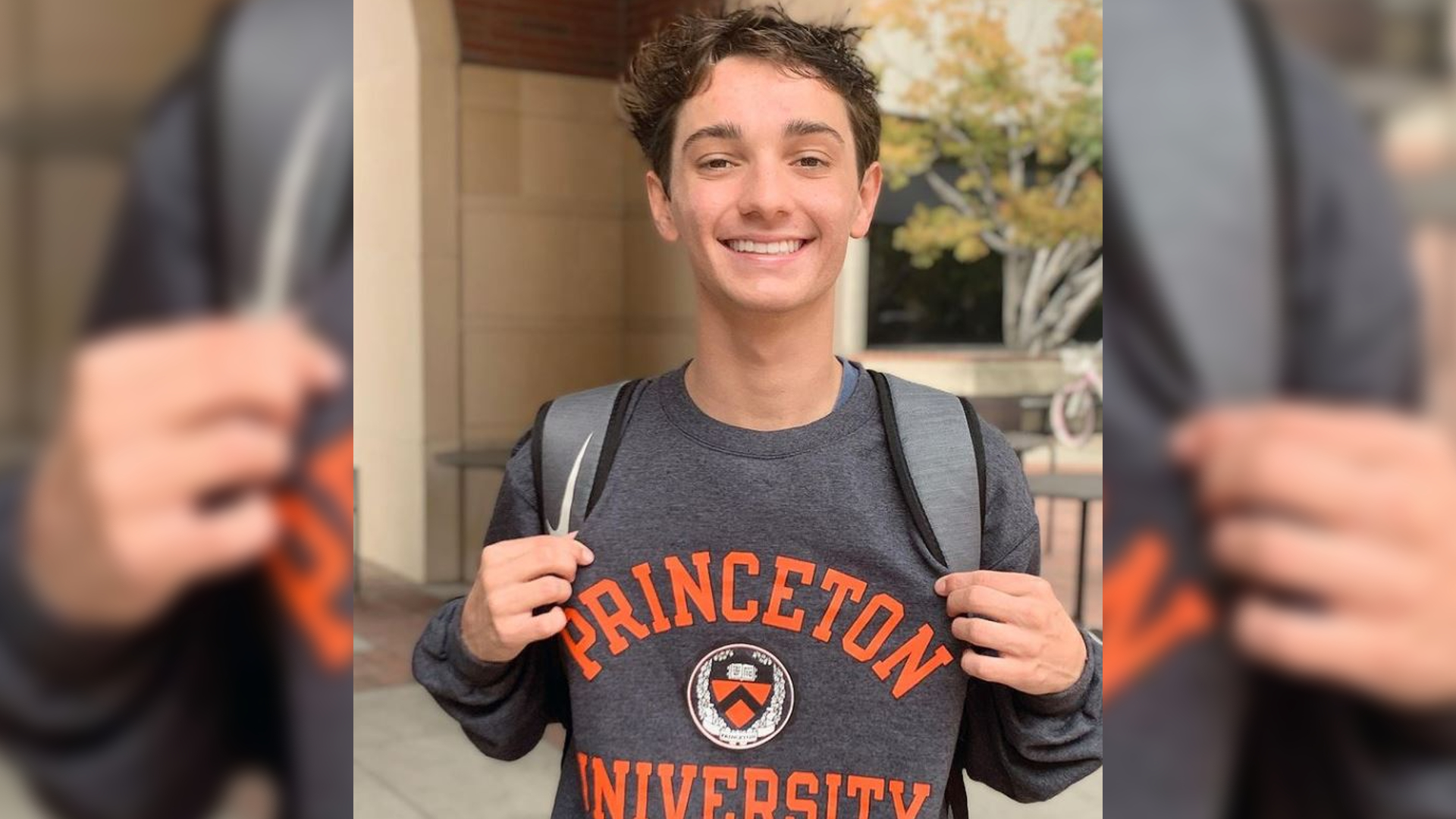 PASADENA, Calif. — Luca Fassi, a junior diver at Marshall Fundamental High School in Pasadena, near his home in Altadena, has amassed some spectacular achievements since first stepping on a diving board nearly seven years ago.

The 5-foot-7, 110-pound, 16-year-old future Olympic hopeful has amassed quite a resume of achievements, including a first-place finish at the Amateur Athletic Union (AAU) Nationals’ 3-meter championship in 2019, as well as a silver medal in platform diving at the Junior Nationals in Knoxville, Tennessee, the same year.

The pandemic, he said, presented a challenge, without diving meets or pool time, but he persevered in his dreams and kept his goals in front of him. His close-knit family, father Lorenzo, mother Antonella, and younger brother Teo (also a diver), have always been supportive of him and his diving pursuits.

In 2021, Fassi is quickly regaining his form and confidence at Rose Bowl Aquatics, his diving home since he first became interested in the sport at the age of nine and a half.

Despite what he termed “a challenging year, due to the pandemic and injuries,” Fassi has several achievements under his belt already in 2021. Encouraged and supported by several coaches, the humble champion earned a second place finish at the California International Federation (CIF) high school diving championships, as well as a fourth place finish in the 3m mixed synchro event (while competing alongside successful college divers) at the USA Diving Winter Nationals in Bloomington, Indiana.

Is another (gold medalist) Greg Louganis in the making? Or (silver medalists) Steele Johnson, Fassi’s role model, and David Boudia, Johnson’s synchronized diving partner? While Fassi has met Boudia and Louganis, and hopes to meet Johnson someday, he knows what he needs to do to achieve his own dreams of Olympic glory.

While his current favorite dive, a reverse 2 ½ tuck off the 3-meter springboard is “not too scary and looks pretty cool,” Fassi said he knows he needs to learn more.

“You need to be uncomfortable in order to learn,” he said. “It’s a tough sport. You’re always learning new things. And I feel like I have a lot to learn.”

He is certainly putting the effort in now. He dives for three hours a day, seven days a week. In the morning, he heads to school, then to the Rose Bowl for practice.

“Training consists of water practice, conditioning and ‘dryland’ (strengthening exercises done beside the pool),” he said. “Then dinner, homework and bed. And it starts all over again the next day.”

Add to that the local, regional, state, national and international meets he participates in on a regular basis, and you find Fassi’s sign of dedication more akin to a professional athlete than a high school junior.

“I still get shaky and nervous,” Fassi admitted despite his accomplishments. “It’s a challenge to look graceful and act like you’re not nervous.”

One of the areas he is working on now is calming his nerves before and during meets. Between dives, according to his Team USA biography, he likes to talk to friends to calm his nerves, but he also likes to plug his ears so he doesn’t hear any scores.

“My coach, Isabelle (Saakian) has been super helpful in getting me to do what l need to do to get me where I need to go,” Fassi said.

Perhaps his devotion and focus can be seen in what he told the Next College Student Athlete in his personal statement.

“I’ve always aspired to dive at the Olympics, and after finishing second place on tower at the 2019 junior nationals and competing at the junior Pan-American Championship for Team USA, I realized that this dream of mine could become a reality,” he said. “I am a hard worker and have competed nationally and internationally with several coaches. Because of this, I have demonstrated that I can easily adapt to different environments and coaching styles.”

His family lineage is likely a plus for preparing for the Olympics. His grandfather was legendary ice skating coach and skater Carlo Fassi, an Italian figure skating champion who, along with his wife Christa, coached four Olympic champions who became legends in their sport, including Peggy Fleming (1968, Grenoble), Dorothy Hamill (1976, Innsbruck) John Curry (1976, Innsbruck) and Robin Cousins (1980, Lake Placid).

Though Carlo Fassi passed away in 1997, before his grandson was born, his grandmother is a “super supportive” presence in in his life.

“She helps me get to extra practices, gives me tips on how to compete and watches my meets,” he said.

For now, Fassi is committed to his diving and working toward college. With a 4.25 GPA, he has verbally committed to Princeton University.

“I really like the team and the atmosphere,” he said. “And it’s a good school. It will be a great degree to have, no matter what else happens.”

Is another Fassi Olympic champion in the making? Stay tuned!