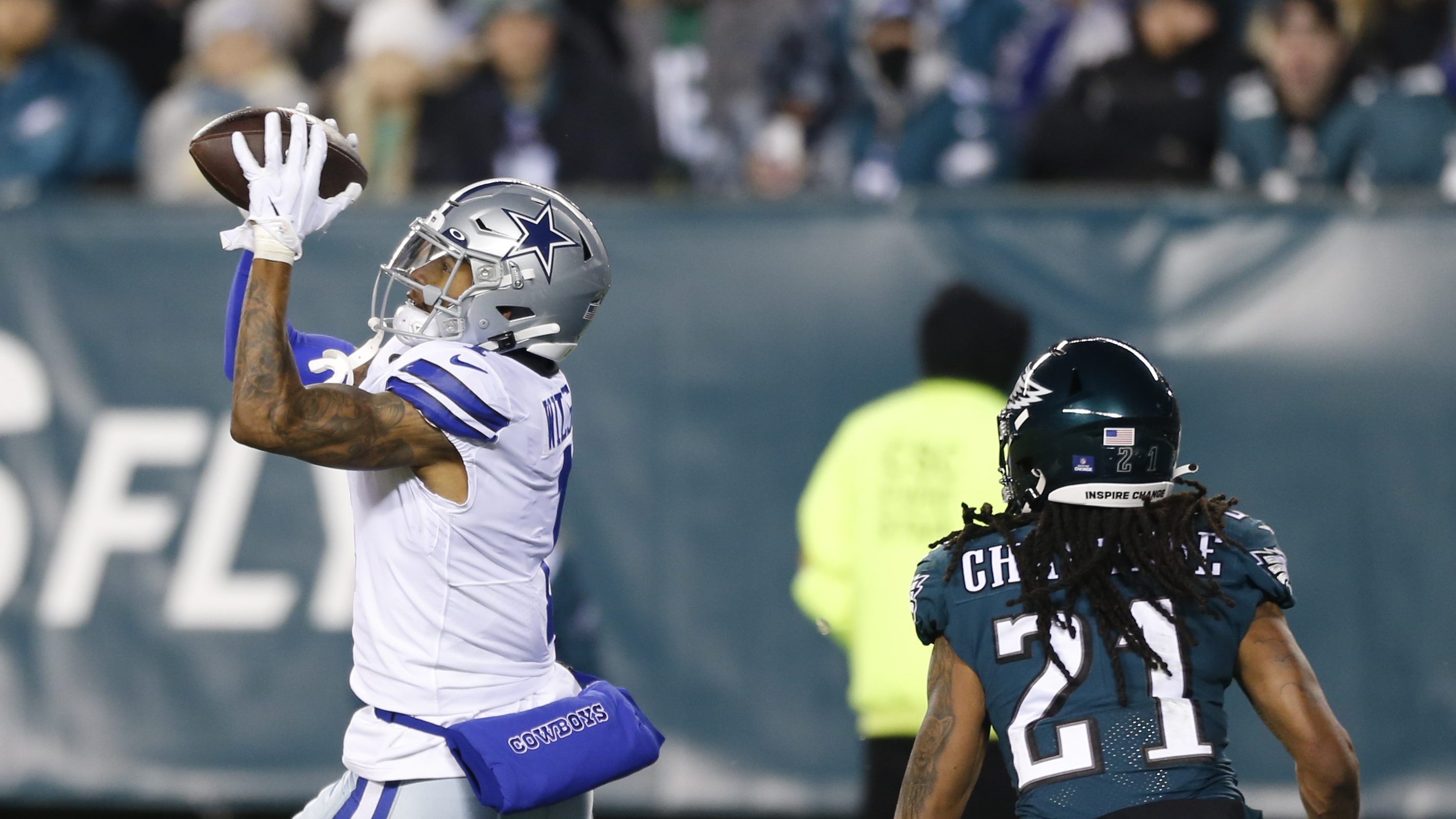 PHILADELPHIA (AP) — Dak Prescott threw a career-high five touchdown passes against Philadelphia Eagles backups, Cedrick Wilson and Dalton Schultz each had two scoring catches and the Dallas Cowboys kept their slim hopes for a No. 2 seed in the NFC playoffs alive with a 51-26 victory Saturday night.

The Cowboys still had seeding to play for against an Eagles team that rested Jalen Hurts and other key starters ahead of an NFC wild-card game next week.

The NFC champion Cowboys (12-5) need losses Sunday by reigning Super Bowl champion Tampa Bay against last-place Carolina and also for the Los Angeles Rams and Arizona Cardinals to lose to earn the No. 2 seed. There also is a path to the No. 3 seed for Dallas.

The Cowboys can’t finish worse than the fourth seed. The Eagles (9-8) could still be the sixth seed.

Prescott stayed in the game until the fourth quarter, the lead increasing seemingly with each throw and so, perhaps, the risk of injury for a QB nearly 15 months removed from the gruesome compound fracture of his right ankle that ended his 2020 season.

Prescott did his best to get an offense that routinely produced at least 400 yards during a 6-1 start back on track headed into the playoffs following a two-year absence. He was 21 of 27 for 295 yards and no interceptions.

He came out unscathed — and with the Cowboys’ record for touchdown passes in a season with 37. Tony Romo threw 36 in 2007. Prescott threw an 8-yard touchdown pass to Corey Clement early in the fourth quarter to make it 37-20 and set the mark and, mercifully for the Eagles, get him out of the game.

Of course, Prescott got his record in the 17th game this season.

Staying sharp, piling up points, and, yes, roughing up a hated NFC East rival were all needed high points for the Cowboys.

But, like the team records on both sides that kept falling, the win comes with a bit of a shrug. With nothing to play for, the Eagles treated the game like a preseason finale. Hurts, with 3,144 yards passing and a team-high 784 yards rushing, got the night off. So did tackle Lane Johnson, cornerback Darius Slay and 11 more players on the reserve/COVID-19 list.

Gardner Minshew started for Hurts and — for a drive, at least — it was Minshew Mania again when he threw a 3-yard touchdown pass to Tyree Jackson on the opening drive. It was the first catch of Jackson’s career.

The score sparked an “E-A-G-L-E-S!” chant from fans across the street at the Flyers game after a replay was shown on the big screen.

Philadelphia didn’t give anyone in green much reason to chant and cheer the rest of the game.

Prescott sucked the energy out of the stadium early. He hit Wilson for TD receptions of 14 and 24 yards in the first half and then connected with Schultz twice over the final 1:45 of the half for a 30-17 lead. Schultz became only the fifth player since 2000 to catch two touchdown passes inside the final 2 minutes of the first half.

Already a sparse crowd because of the low stakes and lower temperatures, Eagles fans fled for the exits at the half.

Eagles center Jason Kelce played one snap to extend his streak to 122 games played, the longest active streak among centers.

The Eagles also started wide receiver DeVonta Smith as he chased DeSean Jackson for most yards receiving by a rookie in team history. He entered 38 yards shy and the Eagles tried to get him the record in a hurry. His first two receptions were for 25 and 12 yards — that’s just 37. He had a 4-yard reception late in the first quarter to set the record with 916 yards and he then hit the bench.

Ito Smith and JaQuan Hardy scored in the fourth quarter to help the Cowboys set an NFL record for the most players to score a touchdown in a single season at 22.

The milestones were reached with the benefit of the extra game.

The Cowboys will host an NFC wild-card game next weekend at AT&T Stadium.

The Eagles head into the postseason ready for a wild-card game under rookie head coach Nick Sirianni.