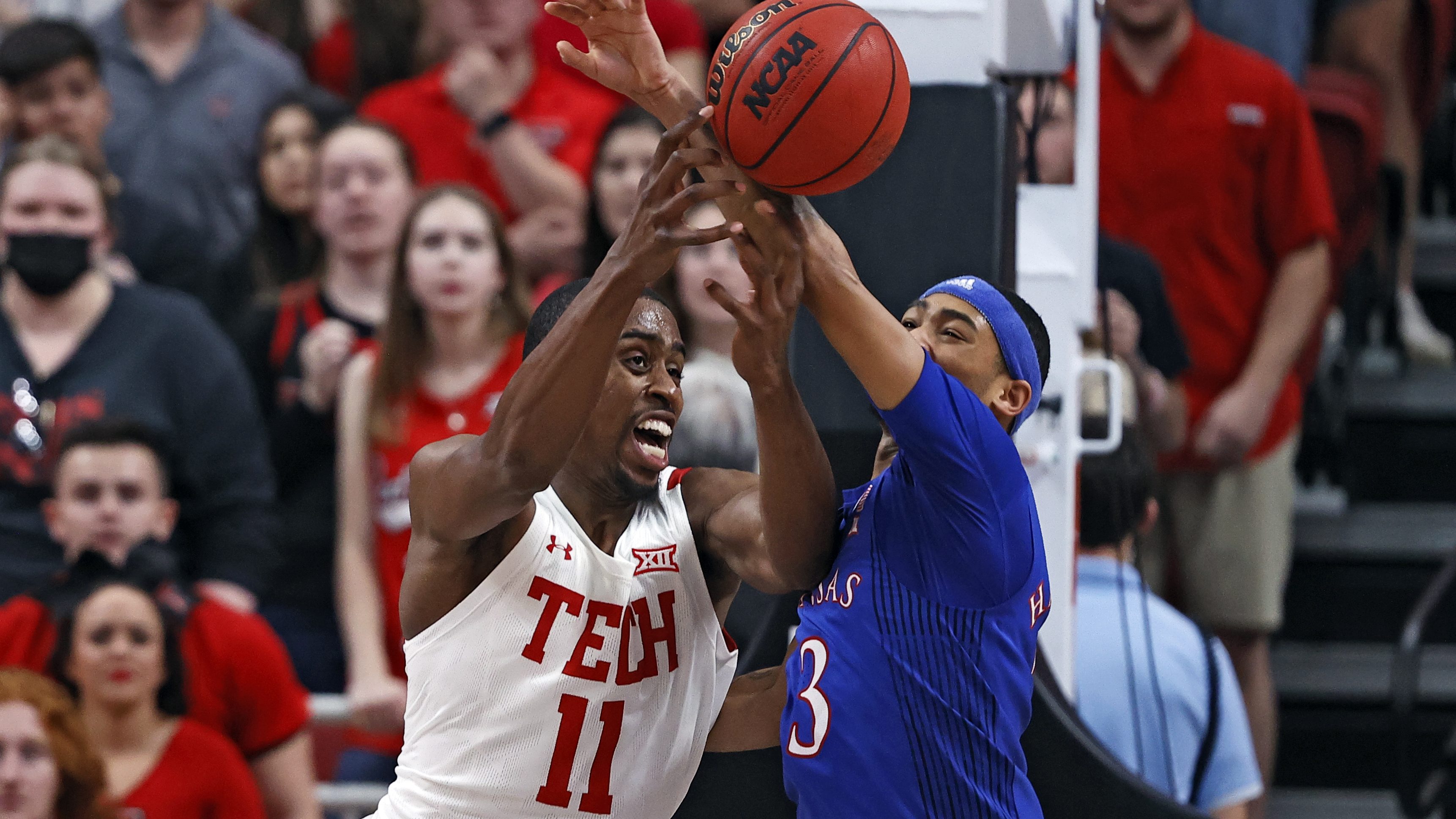 The Red Raiders (11-3, 1-1 Big 12) never trailed in the second half. Ochai Agbaji’s 3-pointer with 1:12 left cut the Kansas deficit to four points, but Williams made two free thows and Kansas didn’t score again.

Agbaji had 24 points with six 3-pointers for Kansas (12-2, 1-1), which had its eight-game winning streak snapped. Jalen Wilson added 20 points.

Three days after playing with only seven players in a 51-47 loss at No. 11 Iowa State, the Red Raiders got one more player back. But they still were without their top two scorers — Terrence Shannon (14.3 ppg) and Kevin McCullar (13.5 ppg). Shannon missed his fifth game in a row because of lingering back spasms and McCullar got hurt in practice earlier this week.

Wilson scored the first seven points of the game for the Jayhawks and their last six before halftime, though the latter came over a span of more than seven minutes.

A layup by Wilson with 7:16 left in the first half gave Kansas its last lead at 21-19, and his jumper with 5:57 left tied the game at 23 before the Jayhawks missed their last seven shots before halftime.

A free throw by Williams put Tech ahead and then Nadolny had a steal from Agbaji that turned into a layup by Davion Warren.

Kansas: Agbaji managed to play 35 minutes even though he picked up his fourth foul with 13:05 left. Christian Braun had 10 points, with eight of those points coming in a span of 1:12 late, including a steal and breakaway dunk.

Texas Tech: Another strong defensive effort for the Red Raiders, who held Kansas to their season-low for points and one of their lowest-shooting percentages at 44.7% (21 of 47). … After Agbaji made a 3 with 14:44 left, the Red Raiders had a 9-0 run for their biggest lead when Marcus Santos-Silva converted a three-point play to make it 51-37.

Kansas will likely stay in the top 10, and Texas Tech may move up in the poll with the win over the Jayhawks coming after a strong effort against the Cyclones.

Kansas: Home against No. 11 Iowa State on Tuesday night.

Texas Tech: Plays its third consecutive game against a top-11 team, at No. 1 Baylor on Tuesday night.