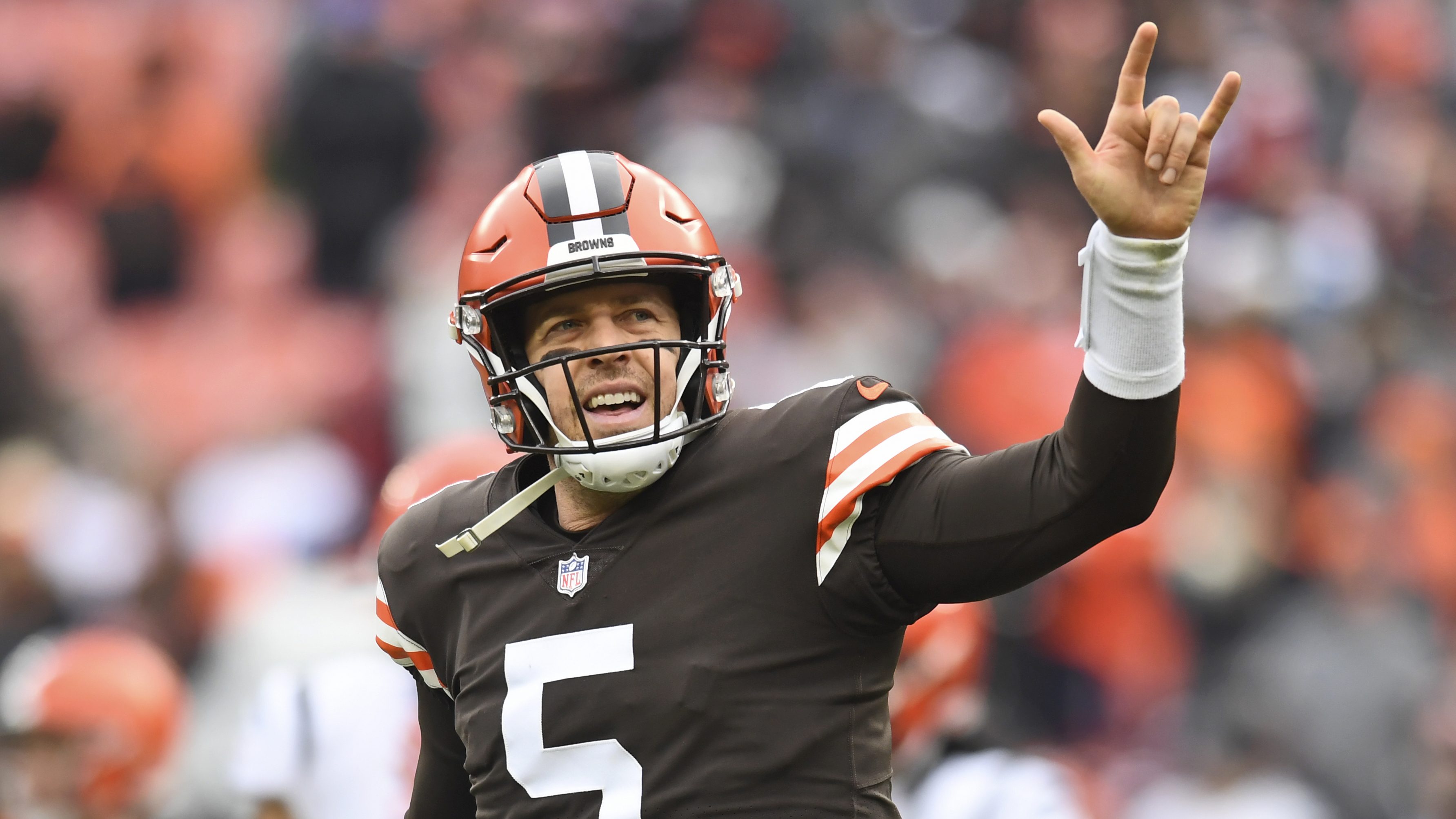 CLEVELAND (AP) — Case Keenum got his second win, filling in for Baker Mayfield on Sunday as the Cleveland Browns ended their dismal season with a 21-16 win over the playoff-bound Cincinnati Bengals, who left quarterback Joe Burrow at home and played their backups.

Keenum threw touchdown passes to Jarvis Landry and Demetric Felton as the Browns (8-9) completed a sweep of the surprising AFC North champions. D’Ernest Johnson rushed for 123 yards, and star running back Nick Chubb only had nine carries and finished the season with with 1,259 yards.

Keenum, who replaced Mayfield and beat Denver earlier this season, connected with Landry on a 26-yard scoring pass in the first quarter. He later dumped a pass to Felton, who weaved his way to the end zone to make it 21-10.

Meanwhile, the Bengals played their “B” team. Burrow stayed in Cincinnati to get treatment on a sore right knee so he’s ready to play next week when the Bengals (10-7), who went from last place to first in the division, host a postseason game.

Burrow said he would have played if there was more on the line, but Cincinnati coach Zac Taylor wasn’t taking any chances and started Brandon Allen, who threw a 4-yard TD pass to Chris Evans with 2:26 left.

The Bengals also sat wide receiver Tee Higgins, and running back Joe Mixon was out after testing positive for COVID-19 earlier this week.

The Bengals’ first six possessions ended with a punt, and they scored their only TD when reserve linebacker Trayvon Henderson scooped up a fumble by Keenum and ran 29 yards in the second quarter.

Mayfield spent the day watching from the sideline, his injury-marred year having ended Monday when he was sacked nine times in a loss to the Pittsburgh Steelers.

The 26-year-old who played for months with a torn labrum in his left, non-throwing shoulder, is set to undergo shoulder surgery on Jan. 19. Barring a shift in their plans, the Browns expect Mayfield to return as the starter in 2022 since he’s under contract after the team picked up his fifth-year contract at $18.9 million. He had his exit interview with coach Kevin Stefanski on Friday.

That doesn’t mean Cleveland won’t look for an option other than Mayfield, who is eligible for a long-term extension.

Chase had an undeniable impact on the field. It landed him in the record book.

With a 24-yard reception in the first quarter, Chase passed Chad Johnson’s team record (1,440) for the most yards receiving in a single season.

Browns DE Jadeveon Clowney finished with a flurry, recording two sacks and forcing a fumble. He’s open to re-signing with Cleveland after getting nine sacks — his most since 2018.

Bengals: Backup S Ricardo Allen suffered a concussion on a helmet-to-helmet hit. … CB Vernon Hargreaves III (ankle) was carted off, returned and went out again. … Reserve DT Josh Topu (knee) went out in the third. … K Evan McPherson (groin) was inactive. Elliott Fry was elevated from the practice squad and made a 36-yard field goal.

Browns: Rookie LB Jeremiah Owusu-Koramoah (leg) didn’t return after getting hurt in the third quarter. …. WR Rashard Higgins (illness) was active, but did not play. … DT Jordan Elliott (right knee) got hurt in the fourth.

Bengals: A first-round playoff game and another attempt at winning their first postseason game since 1990.

Browns: A deep dive into all that went wrong in one of the franchise’s most upsetting seasons.