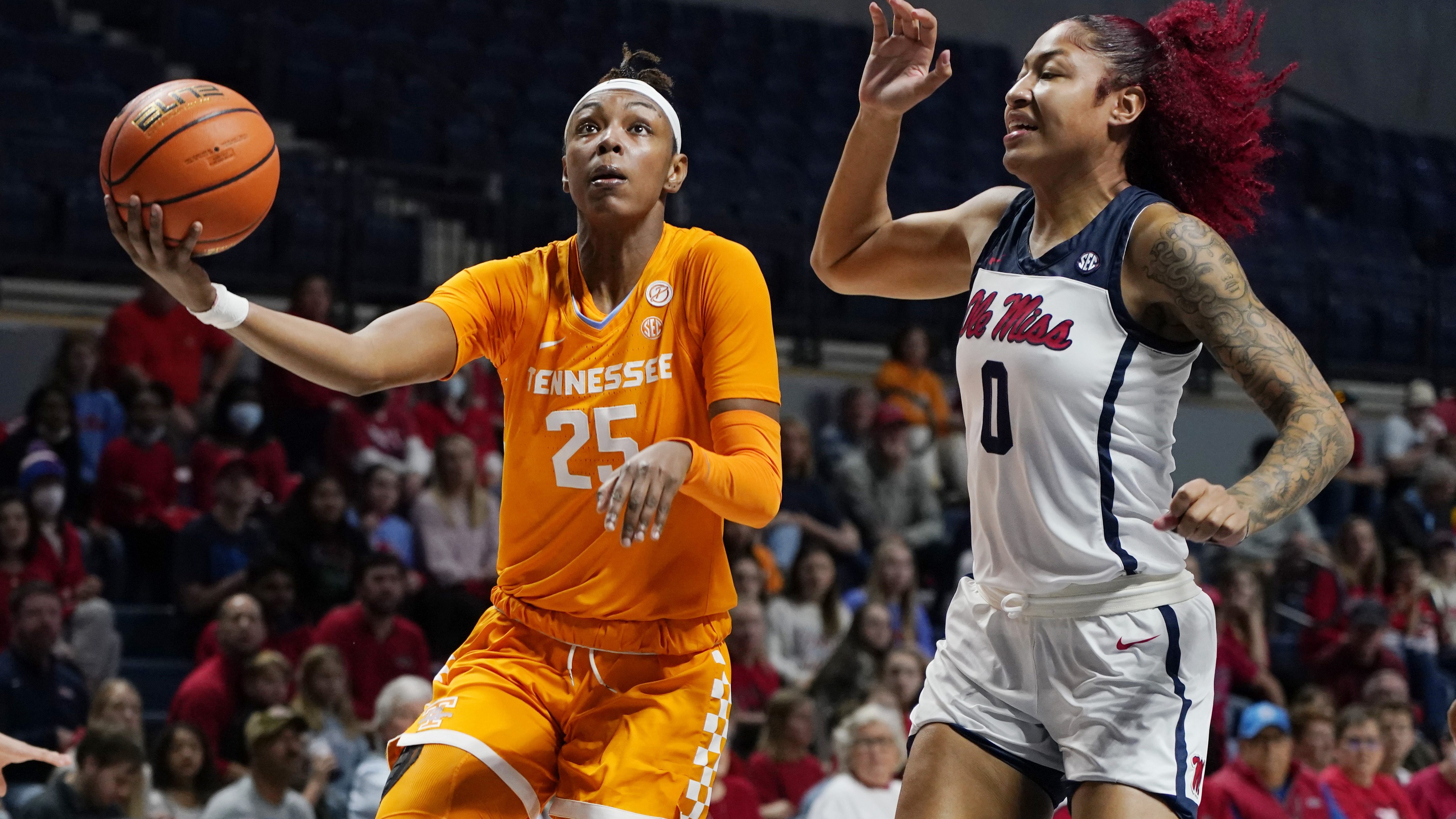 “They’re athletic and they’ve got a player (Shakira Austin) that’s going to be a potential player of the year. This was a big win for our team.”

Alexus Dye had 17 points and Tess Darby added 13 for Tennessee, which outrebounded the Rebels 46-28. Tamari Key took only two shots but had six points and seven rebounds.

“We probably don’t get those looks without Tamari,” Harper said. “They’re keying in on her, they’re worried about her and we were able to find some opportunities elsewhere.

“I thought we had some people really step up and have good games today.”

Austin stepped up for the Rebels, even if it wasn’t enough.

She led Ole Miss with 26 points and nine rebounds while Lashonda Monk scored 11. Austin was 8-of-10 shooting while the rest of the Ole Miss team was just 12 of 49.

“This was the first time at halftime I didn’t even meet with the coaches,” Ole Miss coach Yolett McPhee-McCuin said. “I immediately got in there. Had we beat Tennessee, what would that have done? It wouldn’t have gotten us in the tournament, same as if we lose.

“We need to look like we’re a tournament team, and we weren’t looking like that after the first quarter.”

Tennessee took control with a 13-0 run in the second quarter capped by Darby’s 3-pointer, and led 39-21 at halftime. Austin scored 11 points in the third to help the Rebels close to within 11 points multiple times.

But Tennessee made 8 of 11 free throws in the quarter, when Dye scored eight. Horston then helped put the game out of reach with two baskets and a free throw early in the fourth. Ole Miss cut it to within 10 with just over minute left.

“I feel like we did a good job of just staying poised,” Horston said. “Ole Miss, they do a good job of pressuring and playing for 40 minutes. We knew they were going to come out with a lot of aggression in the second half and throughout the whole game.

“I feel like we handled that well, just staying calm and staying together and playing our game, playing Tennessee basketball.”

The Rebels had opened SEC play with a 74-56 win over Florida, their first win in a league opener since 2017. It followed a 16-day gap between games because of a COVID-19 outbreak.