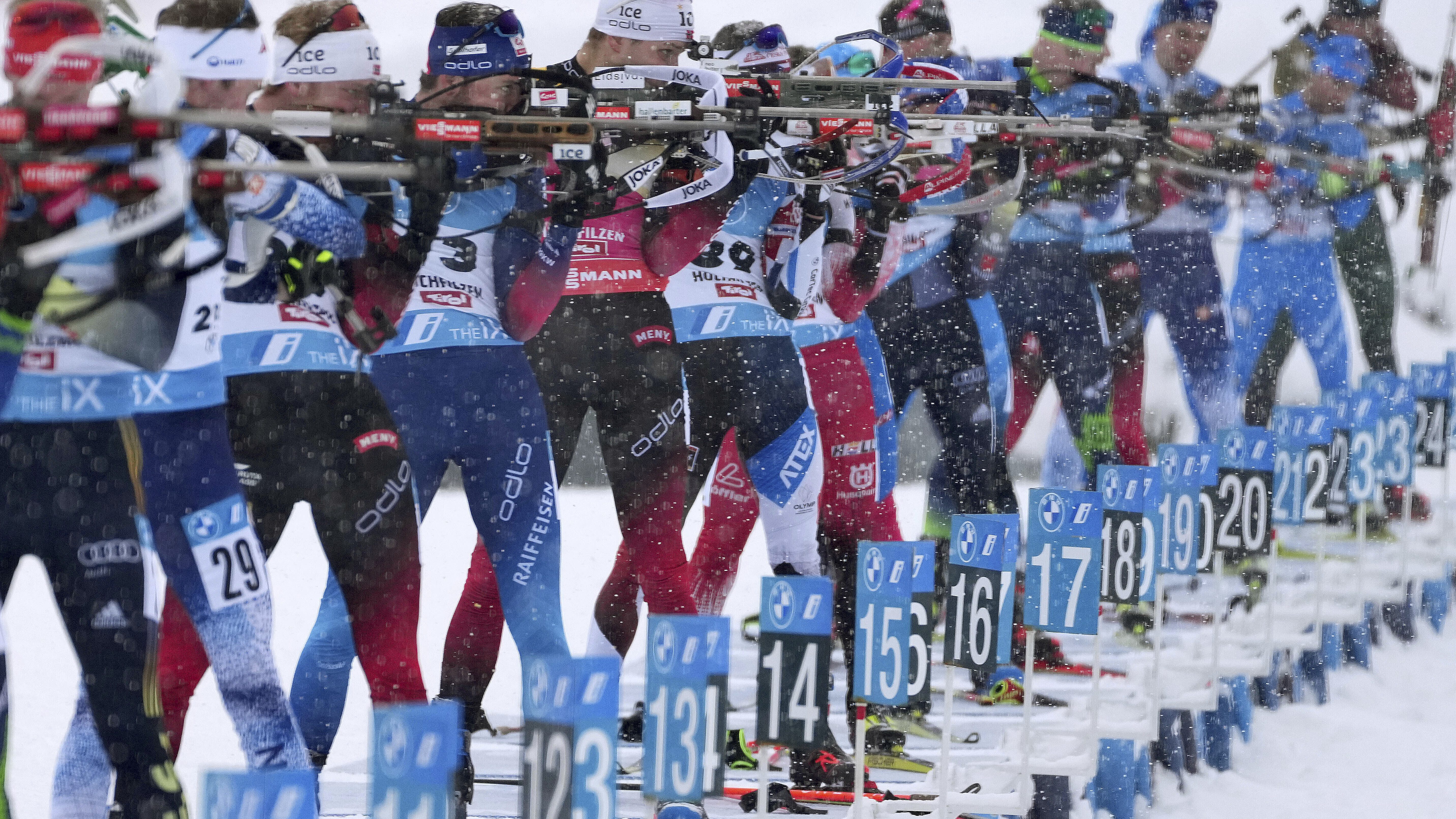 A flurry of retirements since the 2018 Winter Games left only a few athletes who will defend their Olympic biathlon titles, and the battle for gold will include a host of talented racers who have shown promise all season.

Hanna Öberg of Sweden took gold in the women’s 15-kilometer individual at the Pyeongchang Olympics, while Norway’s Johannes Thingnes Boe won the men’s race, and both have stood on the podium during the World Cup circuit this season. But all other 2018 gold-medal winners — Martin Fourcade of France, Laura Dahlmeier and Arnd Peiffer of Germany, and Slovakia’s Anastasiya Kuzmina — have moved on.

Boe won the overall World Cup in 2020 and again in 2021, but he has yet to find his top form this season and was sitting seventh in the standings by early January.

Anything could happen with a dozen races before everyone heads to China later this month, but Norway promises to be the team to beat on both the women’s and men’s side.

No one nation has dominated the 2021-22 World Cup biathlon season, but several have consistently secured podium spots.

On the women’s side, Norway, Sweden, Belarus and France have taken turns at the medals, and Marte Olsbu Røiseland of Norway is on fire this season, leading the World Cup standings. She won silver in Pyeongchang and is seeking gold this time.

Røiseland’s teammate, Tiril Eckhoff, won bronze in 2018 and was last year’s overall World Cup winner. But, she has had a slow start to the 2021-22 season. The next races will reveal her form.

Sweden’s Öberg continues to be someone to watch, but her younger sister, Elvira Öberg, has grabbed attention this season with impressive ski speed and shooting accuracy. She took the gold in both the pursuit and mass start races in France last month and was second overall in the World Cup standings in early January.

Two Belarussians, Dzinara Alimbekava and Hanna Sola, have taken turns on the podium this season and promise strong performances in Beijing.

Anaïs Bescond of France took home three medals from Pyeongchang, two in relays, and along with teammates Julia Simon and Anais Chevalier-Bouchet, has medaled this season. They won the women’s relay in Oestersund, Sweden, with Belarus taking silver and Sweden bronze.

Susan Dunklee of Newport, Vermont, and Clare Egan of Cape Elizabeth, Maine, will anchor the U.S. women’s biathlon team. Added to the Olympic squad on Sunday was Joanne Reid of Grand Junction, Colorado — who raced in Pyeongchang — and Deedra Irwin of Pulaski, Wisconsin.

While Boe works to find his fitness this season, his teammates have shown Norway’s strength and depth.

Boe’s older brother, Tarjei, along with Vetle Sjaastad Christiansen and Sturla Holm Laegreid, have secured medals in most World Cup races this season, including the team relay gold.

Although Fourcade is no longer France’s ace, the men’s team has fought its way to the top of the podium this season, making them a team to watch. Quentin Fillon Maillet and Emilien Jacquelin are one and two overall in World Cup standings.

Sweden’s Sebastian Samuelsson won silver in the Pyeongchang pursuit race and was on the gold-winning relay team. He finished last season in sixth place in the World Cup standings and was third by January this season.

U.S. biathletes Tim Burke and Lowell Bailey, who both competed in four Winter Olympics, have retired and switched to coaching positions, but Sean Doherty and Leif Nordgren, both raced in the past two Olympics, are back for another round.

They’ll be joined in Beijing by Jake Brown of St. Paul, Minnesota, and Paul Schommer of Appleton, Wisconsin. Neither has Olympic experience, but both have strong World Cup results this season.

Bjørndalen married Belorussian biathlete Darya Domracheva in 2016 and they became the most successful biathlon couple in history. Domracheva has competed in three Olympics, winning six medals.

They both retired after the 2018 Games and were then appointed to work as head coaches for the Chinese biathlon teams — Bjørndalen overseeing the men and Domracheva the women. Their teams are the only ones to train at the 2022 Olympic biathlon stadium.

Biathlon races will be held in the Zhangjiakou competition zone. The Chinese teams have trained at the site, but no other nation has seen the trails, meaning everyone will ski them for the first time at the end of January.

“What’s interesting about Beijing, that’s different than any other Olympic Games, is due to COVID,” said Lowell Bailey, a retired U.S. Olympic biathlete and the U.S. team’s high-performance coach. Normally, preview races are held at Olympic venues the year before the event, but the pandemic meant no international races were held in Beijing in 2021.

“We, and really every other team except China, haven’t had a chance to preview the venue,” he said. “I think that could play into our favor for Beijing, because the playing field’s pretty level for everyone there. Kind of an interesting little twist.”

Adding to the challenge is the altitude of the site: 1,665 meters (5,462 feet). High-elevation racing can be more difficult due to less oxygen. Temperatures are expected to be especially cold, but snow isn’t likely.

“The biggest weather-related threats for the Games are cold surges and related wind and dust,” said Jim Steenburgh, an atmospheric sciences professor at the University of Utah who has provided weather support for Winter Olympic Games.