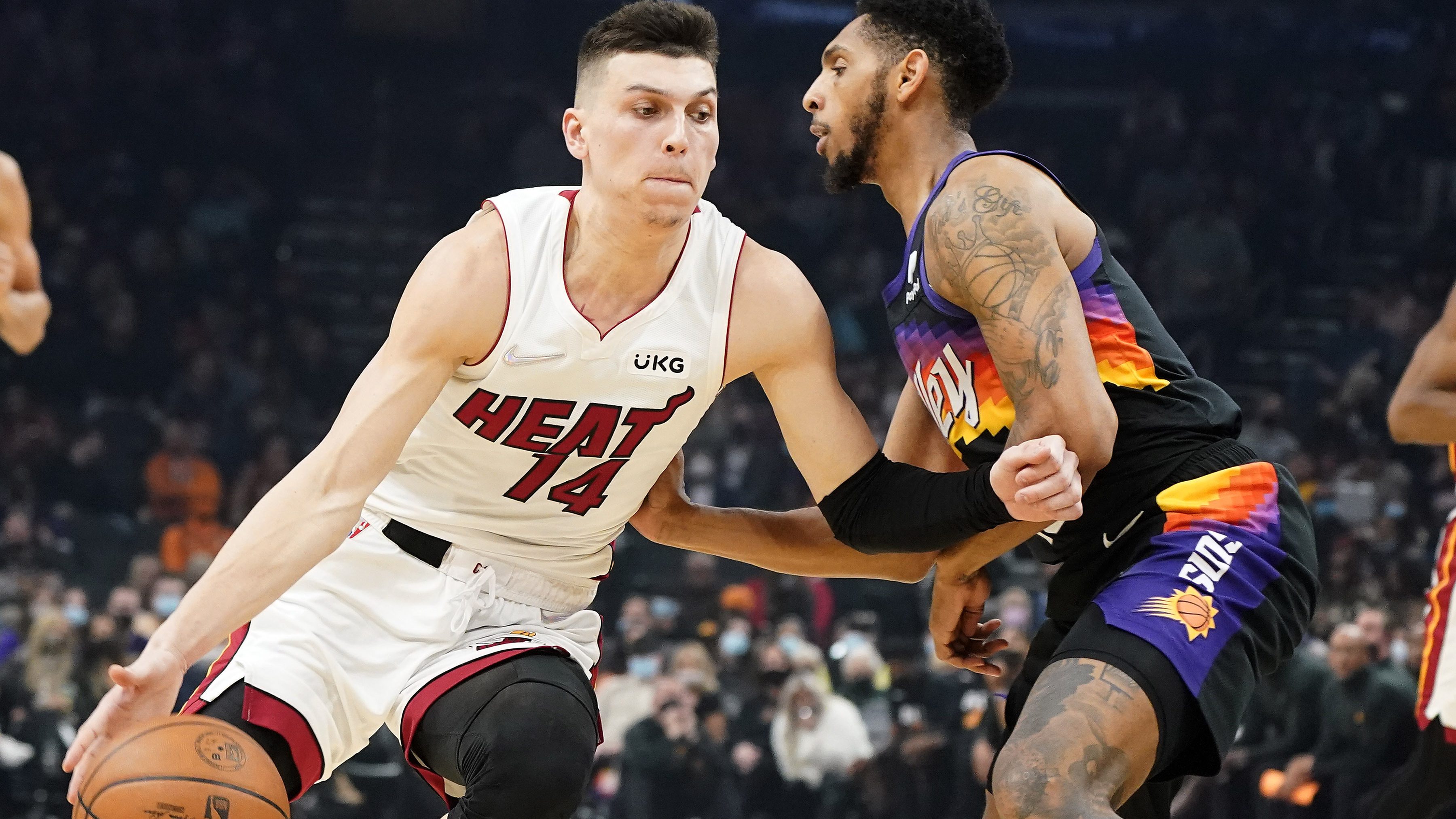 The NBA season has reached the midway point, with a record number of players already having gotten minutes. Virus-related issues have forced every team to scramble on some nights to find players with plenty of surprises and, yes, plenty of disappointments.

With basically 50% of the games played, there’s enough of a body of work to start making some informed looks at the league’s awards.

There is still a second half of the season. Right now, anyone from this group of six players — and probably a few other names, too — has a valid case for the award.

Antetokounmpo is on his way to averaging at least 28 points and 11 rebounds for a third consecutive season, something nobody has done since Karl Malone from 1989-92. Jokic’s numbers are just as good, and maybe even a little better, than they were last year when he was the runaway winner. Curry has the Warriors right back in title contention and now he’s got Klay Thompson next to him again. DeRozan has led the Bulls into the role as official NBA surprise of the first half. James is carrying the Lakers out of necessity and somehow isn’t losing a step in Year 19. And Durant, well, he’s just unguardable.

The midway pick: Durant. The Nets have had plenty of things not going according to plan, yet they’re still near the top of the East because quite simply Durant is just that good.

DEFENSIVE PLAYER OF THE YEAR

Gobert, Antetokounmpo and Green have combined to win the last five awards. And it’s deserved, though it’s not uncommon for NBA players to question the methodology voters have when picking the award. (Note: it should be about more than steals and blocks stats.)

The midway pick: Green. Everyone talks about Golden State’s offense and Curry’s shooting, and rightly so. The Warriors are a nightmare because of the way they defend, and Green is the leader.

SIXTH MAN OF THE YEAR

It’s a pretty simple rule. If a team has someone have a big game off the bench, that team usually wins; the teams with a reserve that scores 25 points have won about 70% of their games this season. And Herro — who would probably be a frontrunner for Most Improved Player right now, too — has 11 games of 25 or more points off the Heat bench this season.

The midway pick: Herro. In a runaway.

COACH OF THE YEAR

Spoelstra hasn’t won this award but this season might be his best coaching job to date. The Heat are a true contender, have played well over half their games to date on the road, and haven’t had Bam Adebayo and Jimmy Butler very often. Kerr’s brilliance, if anyone forgot it exists, has been on full display this season. But the biggest surprises in the NBA to date might be the Cavaliers, Bulls and Grizzlies. It’ll be tough, though not impossible, for Cleveland to keep this going because of injuries, but the Bulls and Grizzlies look very much for real.

The midway pick: Donovan, in a very close call over Jenkins. Nobody thought the Bulls would be atop the East at this point. Chicago just keeps rolling with punches, and Donovan is the calm in the eye of the storm.

ROOKIE OF THE YEAR

These are the top five rookie scorers, but that’s not entirely why they are the five to make this list. Cunningham is finding his groove, Green has been explosive and Wagner might be way ahead of whatever schedule the Magic envisioned for his development. What sets two of these guys apart, however, is how they have impacted winning. Barnes is in a tremendous spot, learning from winners in Toronto. Mobley, however, went to a place where little was expected and has excelled.

The midway pick: Mobley, who is only going to get better.

Tim Reynolds is a national basketball writer for The Associated Press. Write to him at treynolds(at)ap.org