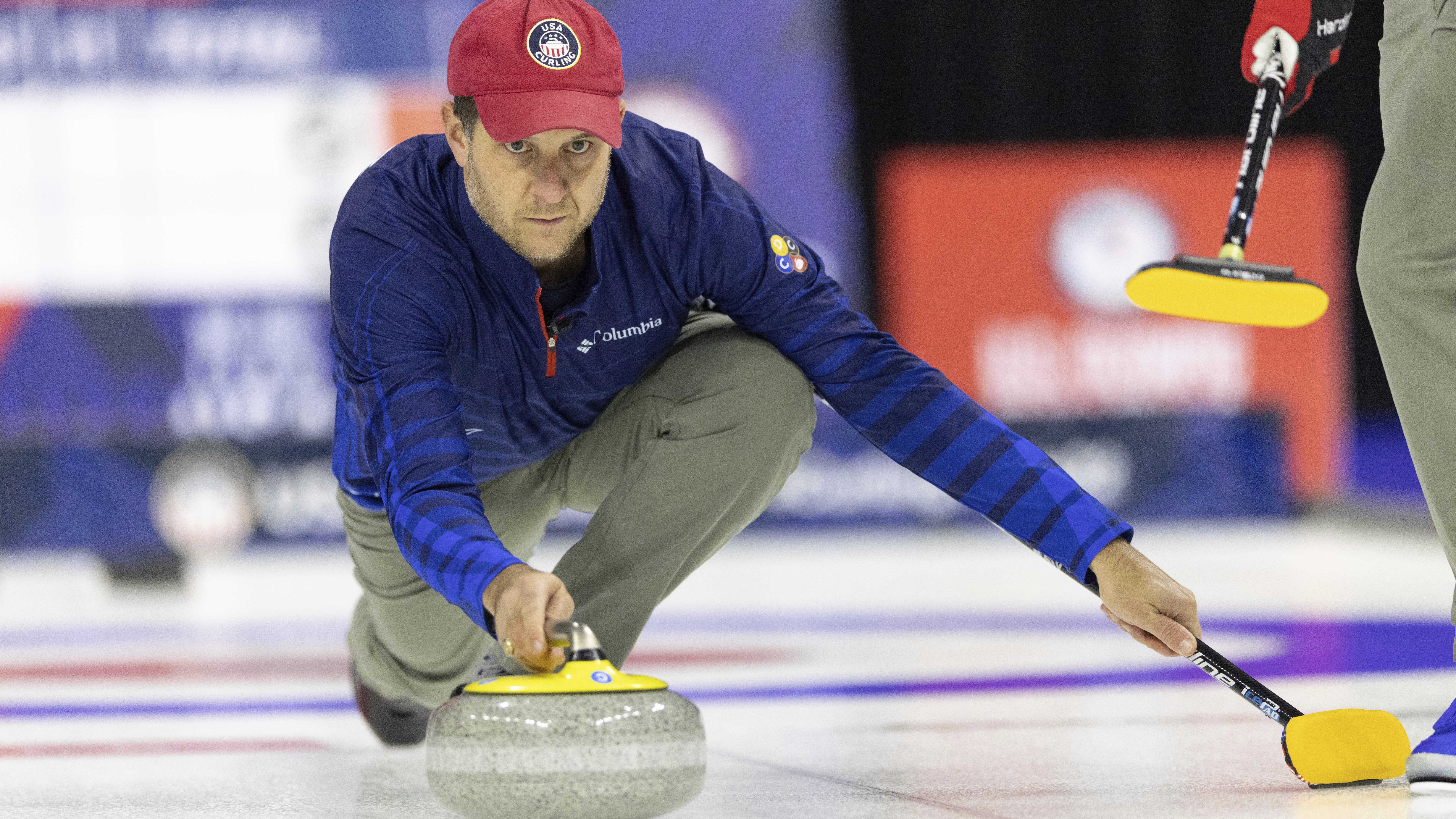 John Shuster won’t be catching anyone by surprise at these Olympics.

The five-time Olympian is back to defend his curling gold medal in Beijing, and the target on his back will be almost as big as the one on the ice. Four years after surviving five straight elimination matches to win it all in Pyeongchang the Americans are among the favorites to medal again.

“I definitely feel less pressure,” Shuster said after his victory in the U.S. curling trials. “The success last time for me, winning an Olympic gold, is the top of the mountain. And no matter how you finish in the other Olympics, it doesn’t matter.

“I think I feel less pressure,” he said, “but I think I have supreme confidence.”

Shuster won bronze in 2006 as the lead for Pete Fenson’s team — the first-ever U.S. Olympic curling medal. Then he left to form his own rink, earning a trip to Vancouver but performing so badly that he benched himself.

So the most decorated Olympian in American curling history scraped together a foursome — calling themselves “Team Rejects” — and not only beat the federation-backed squads in the U.S. trials but won gold in Korea.

With 2018 teammates John Landsteiner and Matt Hamilton, and Olympic rookie Chris Plys, Shuster is hoping to avoid the slow starts of previous Winter Games. Longtime curling powers Britain and Canada will be there if they stumble.

Tabitha Peterson is heading to her second straight Olympics — her first as the skip of the U.S. women’s team.

A Twin Cities native, Peterson threw third for Nina Roth’s team in Pyeongchang. When Roth took maternity leave the following season, Peterson moved up to skip, the team captain who not only throws the last and most important stones but is also the final word on strategy throughout the match.

“It definitely is different, just in terms of my role on the team,” Peterson said. “I’ve had to kind of rethink the way I think the game, my role, my approach, my preparation. (And) what I do off the ice — there’s more strategic learning.”

“It’s been amazing, this group of girls,” Tabitha Peterson said. “We’re so happy to be going together, no matter what our roles are.”

The U.S. women have never won an Olympic curling medal. They went 4-5 in 2018 and failed to qualify for the playoffs.

A handful of curlers will be among the busiest athletes at the Olympics.

Plys will compete in the mixed doubles event with partner Vicky Persinger before turning his attention to the men’s tournament — meaning he could be on the ice for 18 days in a row, sometimes two sessions per day.

Others doing double duty are Britain’s Jennifer Dodds and Bruce Mouat, Italy’s Amos Mosanser and Sweden’s Oskar Eriksson. (Norway’s Magnus Nedregotten is an alternate for the men’s competition; China and Canada were still filling out their teams.)

It’s not just Shuster’s squad that is trying to repeat. All of the medal-winning teams from Pyeongchang are back for another try, with some minor shuffling in the lineups.

In the men’s field, Sochi bronze medalist and Pyeongchang runner-up Niklas Edin is back to complete his set of Olympic prizes. The Swiss team skipped by Benoît Schwarz that won bronze in 2018 is back but with a new third, Sven Michel.

Anna Hasselborg’s foursome will defend its Olympic championship in the women’s division, and Japan’s Team Fujisawa is back after winning bronze four years ago. South Korea’s Team Kim, silver medalists at home in Pyeongchang, is back, with Kim Cho-hi stepping in as second.

Canada’s Kaitlyn Lawes and John Morris won mixed doubles gold in Korea — the only curling medal for powerhouse Canada in Korea — but the coed trials were canceled because of the pandemic, delaying the selection of a team for Beijing. Silver medalists Jenny Perret and Martin Rios of Switzerland and third place finishers Kristin Skaslien and Magnus Nedregotten of Norway are also hoping to move up the podium.

The Norwegian team that became a sensation for its psychedelic pants over the last three Olympiads has broken up, depriving the curling field of a beloved dose of sartorial personality.

The only member of Team Ulsrud, which won a silver medal at the Vancouver Games, who will be in Beijing is third Torger Nergård. An alternate on the gold medal team in Salt Lake City in 2002, he will return for a sixth straight Olympics, this time as the third for skip Steffen Walstad.

No word yet on his pant plans.

WELCOME TO THE HOUSE

Tahli Gill and Dean Hewitt qualified for the mixed doubles field, becoming the first Olympic curlers in Australia’s history. The Czech Republic will also be making its debut with the mixed pair of Zuzana Paulová and Tomáš Paul.

At the other end are six countries that placed teams in all three fields: Canada, the United States, Britain, Sweden, Switzerland and host China.

The U.S. and Canada have been in every curling field since the sport was added to the Olympic program in 1998 (for men and women) and 2018 (for mixed doubles. But they missed out on the 1924 Games, when men’s curling made a one-time appearance before being left out for the next 74 years.

Britain and Sweden finished 1-2 in the 1924 Games but each failed to qualify for last year’s mixed field.