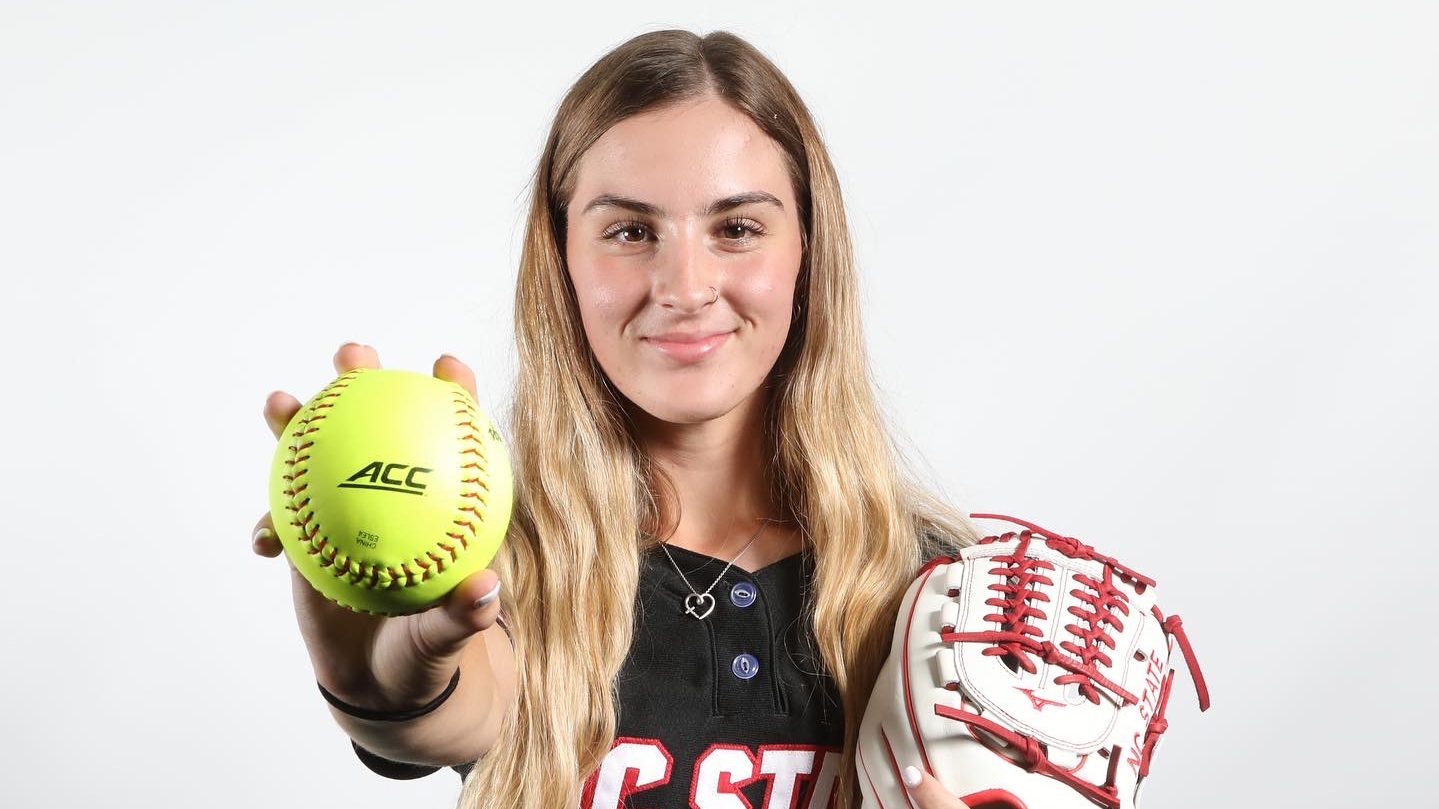 RALEIGH, N.C. (BVM) — This will be Kayla Gallardo’s first year as head softball coach at Lumberton High School. As a new season approaches, she is eager to lead senior standout Bailey Edwards and the Lady Raiders to state.

“I coached at PNG (Port Neches-Groves) and we played Lumberton last year, so I’ve seen her play,” Gallardo said. “I had known about her when I took the job, I knew I was inheriting some great players…It’s been a couple years since I’ve had a serious and passionate athlete like Bailey. I had the privilege of working with Kassidy Wilber for three years and she [Bailey] reminds me a lot of her.”

The 5-foot-9 senior standout is used to outstanding play. A three-time all-district honoree, Edwards has a career batting average of .523, an on-base percentage of .560 and 14 home runs. Edwards always knew the softball diamond would become her second home.

“I started playing softball when I was seven years old in North Carolina for a local rec team…[And] when I was little, I played basketball, volleyball, soccer and softball until I was about 10,” Edwards said. “Out of all these sports, softball and volleyball were my favorites, but softball was what I loved. Every year, I always looked forward to being out at the ballpark the most.”

And while competing at the high school level has brought Edwards plenty of success, playing softball on the national stage for the Texas Bombers and winning three national championships has really helped jolt her career.

“Winning three national championships with the Texas Bombers was an incredible experience. I’m so grateful to have worked with such high caliber coaches and I owe a lot of my development to their teachings and knowledge of the game,” Edwards said. “My current coach, James Burgess, originally offered me a spot on his Bombers 14U team and I knew I couldn’t pass that opportunity up. Being able to play with such talented players allowed me to grow and become the player that I am now.”

Because of her success on the high school diamond and her accomplishments with the Texas Bombers, Edwards has drawn interest from multiple colleges. But on Nov. 10, Edwards made the decision to commit to go back to the state in which she was born and play for NC State.

“I did have other offers other than NC State and I’ll admit, going through the recruiting process during COVID was pretty intense and somewhat stressful,” Edwards said. I had always been interested in State after living in North Carolina for a few years and when I was finally able to speak with Coach Patrick and Coach Swift, I fell in love with their home run mindset. Hitting home runs is one of my favorite parts about softball and the idea that a player can hit a home run at any time, whether it’s a strike or a ball, is pretty awesome. Not only is this mindset applied to softball, but it can be used in all parts of life. No matter the situation, just get after it.”

A driven athlete, Edwards continues to look for motivation or encouragement wherever she can get it. It just so happens that one player that she looks up to plays for the Houston Astros.

“Anytime I’m in a slump or just need a new perspective, I watch an interview that I saw with Alex Bregman,” Edwards said. “He talks about how badly he struggled in his first games against the Yankees after being called up and how he knew he’d be able to bounce back because of all the times he overcame failure in his past. I love that mindset.”

With her senior season on the horizon, Edwards and the Lady Raiders are aiming to capture the school’s second-ever state title. Of course, that’s the main goal for any coach and high school athlete, but Edwards is staying level-headed and focused on the task at hand before heading to NC State.

“Our team this year has a great opportunity to be very successful in our district and I just want to make sure that we fulfill that potential.