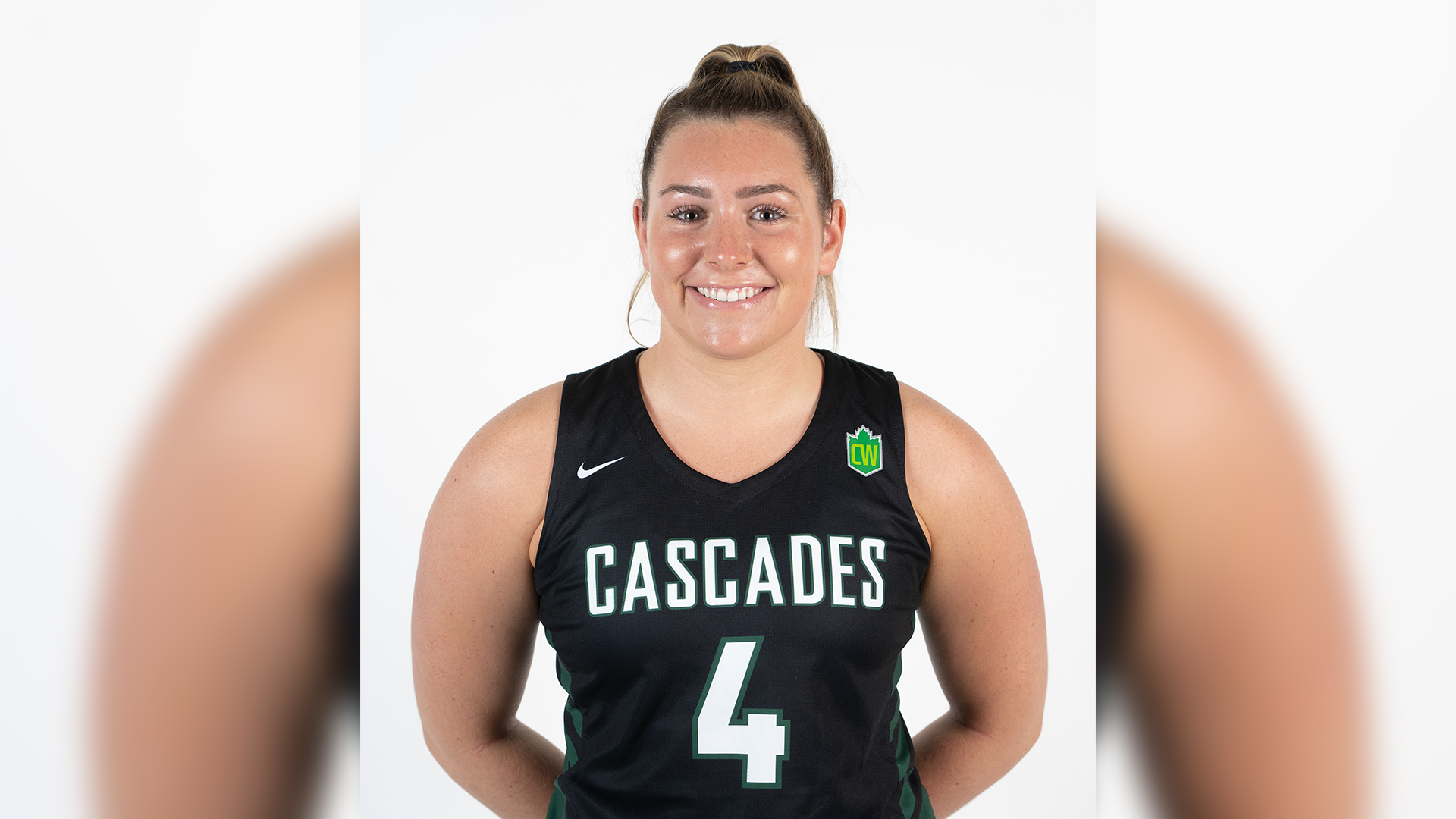 ABBOTSFORD, British Columbia — University of the Fraser Valley sophomore point guard Maddy Gobeil is the Canada West women’s basketball athlete of the week, after leading the Cascades to a pair of road wins over UBC Okanagan.

Gobeil stepped to the forefront with UFV leading scorer Deanna Tuchscherer sidelined, stuffing the stat sheet both nights as the Cascades prevailed 75-69 on Saturday and 66-48 on Sunday. In the opener, the Kamloops, B.C. product went for 18 points, 10 rebounds and five assists. In the rematch, she finished just shy of an unconventional triple-double, racking up 16 points, 13 rebounds and eight steals along with two assists.

Gobeil’s steal total on Sunday was a Canada West season-high, and enabled her to climb to the top of the CW and U SPORTS steals leaderboards, averaging 3.6 per game. She also ranks along CW’s per-game leaders in scoring (16.0, ninth), rebounding (9.2, seventh) and assists (4.2, sixth). The only other player to rank top-10 in all four of those stat categories is Winnipeg’s Kyanna Giles.

The weekend performances marked a triumphant return to the lineup for Gobeil, who missed the Cascades’ last three games before the semester break due to injury. Her last game action had been more than two months ago, Nov. 5 at UBC.

Gobeil and the Cascades are back in action this Thursday, taking on the Trinity Western Spartans on the road (6 p.m., Langley Events Centre).