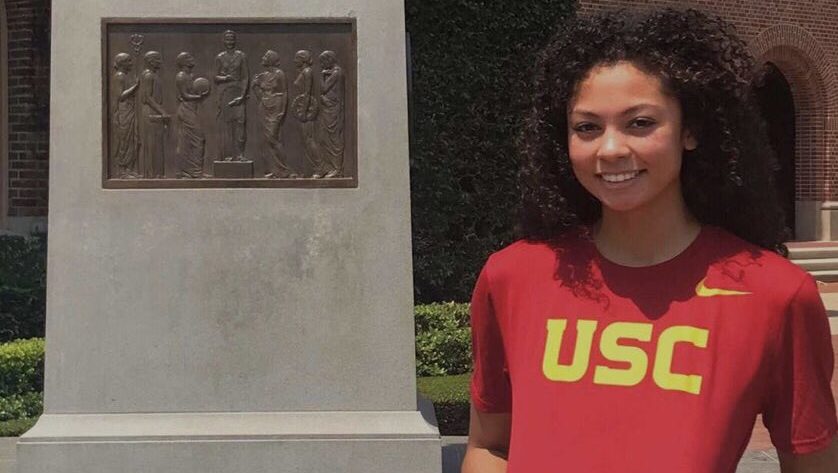 The 6-foot-2 senior outside hitter led Hamilton to a 34-5 record and its second consecutive 6A state championship during her senior campaign. Her 516 kills on the season, including 25 in a four-set win over O’Connor in the state final match, helped her amass a school-record 1,556 kills.

The Huskies’ second state title in as many years isn’t the only repeat performance for the prep star. Middleton was announced as the Gatorade Arizona Volleyball Player of the Year on Tuesday for the second year in a row.

The nation’s No. 2-ranked recruit, according to PrepVolleyball.com, Middleton is one of two high school athletes on the USA Volleyball Under-20 Women’s National Team and was a 2021 AVCA First Team All-American.

“Jordan has improved her ball control tremendously, and offensively she is very hard to defend,” Corona del Sol head coach Ben Maxfield said in a Gatorade press release. “She has done a nice job learning when to hit the ball hard and when to just keep it in play.”

The back-to-back Gatorade and 6A POY has left behind an impressive volleyball legacy at Hamilton, and she’ll soon begin forging another one in Los Angeles. Hamilton committed to USC in August of 2020 and there are early expectations for the Under Armour High School All-Americans with the Trojans.

“Jordan has grown immensely from the time we began recruiting her and has shown the ability to dominate a match from anywhere on the court,” USC head coach Brad Keller said in a press release. “She brings athleticism, intensity, and a winning mentality that is infectious. Jordan also exemplifies the values we put on family. We anticipate and expect Jordan will have an immediate impact for us.”