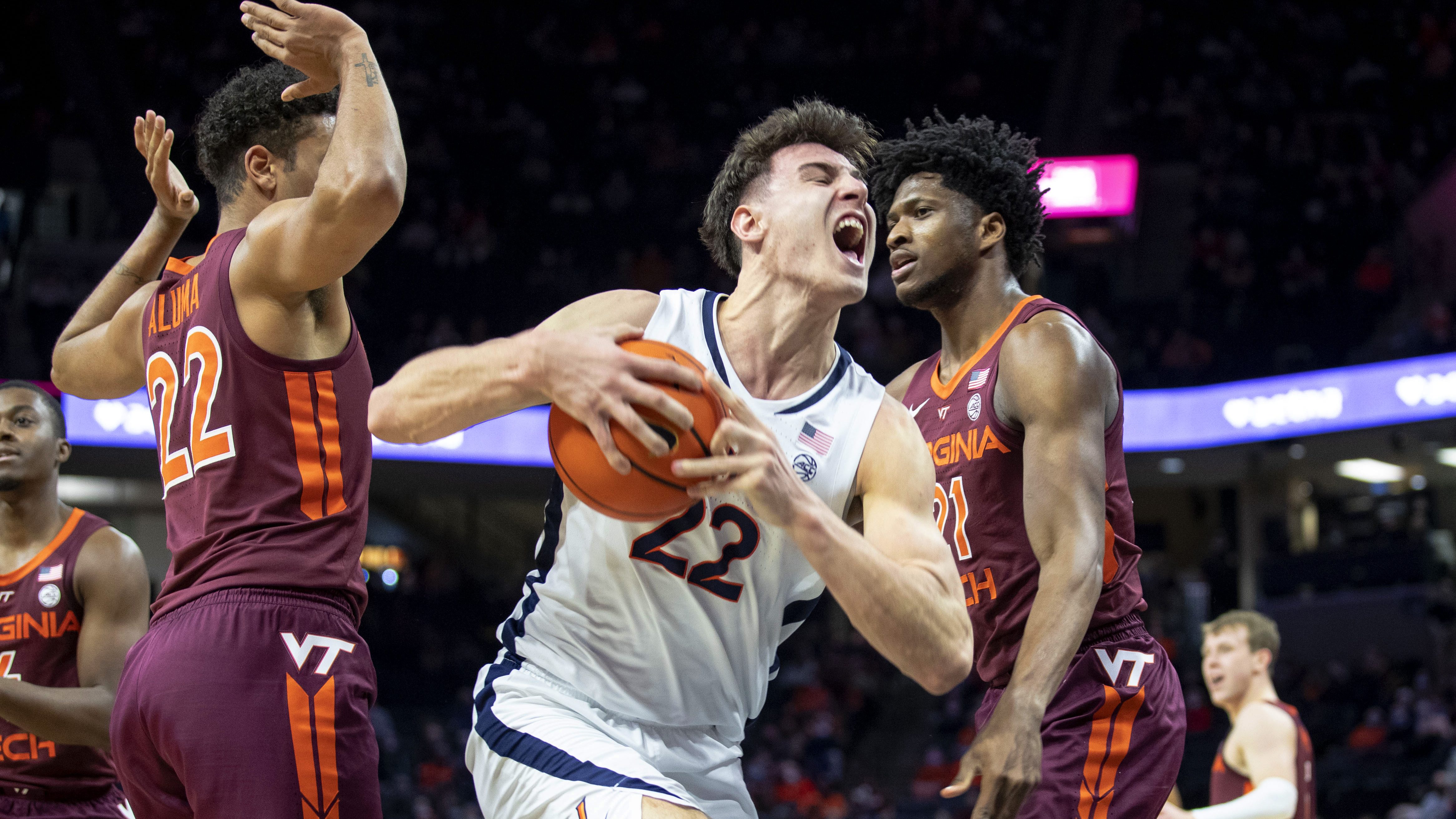 Virginia finished the final three minutes on a 6-0 run to overcome the Hokies’ final lead. Two free throws by Armaan Franklin gave the Cavaliers a one-point edge with 1:30 to go. Kihei Clark added another free throw with 13.5 seconds remaining. The Hokies’ Hunter Cattoor missed an open 3-pointer and the ball bounded out to Storm Murphy who also missed from the arc as the buzzer sounded.

Caffaro, a 7-foot-1 junior from Argentina in his third season at Virginia, came in after Kadin Shedrick picked up two early fouls and ended up playing 31 minutes, easily his most playing time this season.

Keve Aluma scored 22 points with Cattoor and Murphy adding 10 each for the Hokies (8-7, 0-4), who lost their third straight.

There were nine lead changes in the second half when neither team had more than a four-point lead.

Caffaro and Franklin scored all the points in a 10-0 run to get Virginia its first lead at 17-9 midway through the first half. Aluma and Cattoor combined for all the Hokies’ points in an 11-2 run to briefly retake the lead. The Cavaliers led 25-23 at the break. Aluma had 10 points to lead all scorers at halftime.

The Hokies made four more 3-pointers but the Cavaliers were 11 of 16 from the line to 3 of 3 for Virginia Tech, which was also minus-11 on points off turnovers.

Virginia Tech is at home against Notre Dame while Virginia is host to Wake Forest on Saturday.