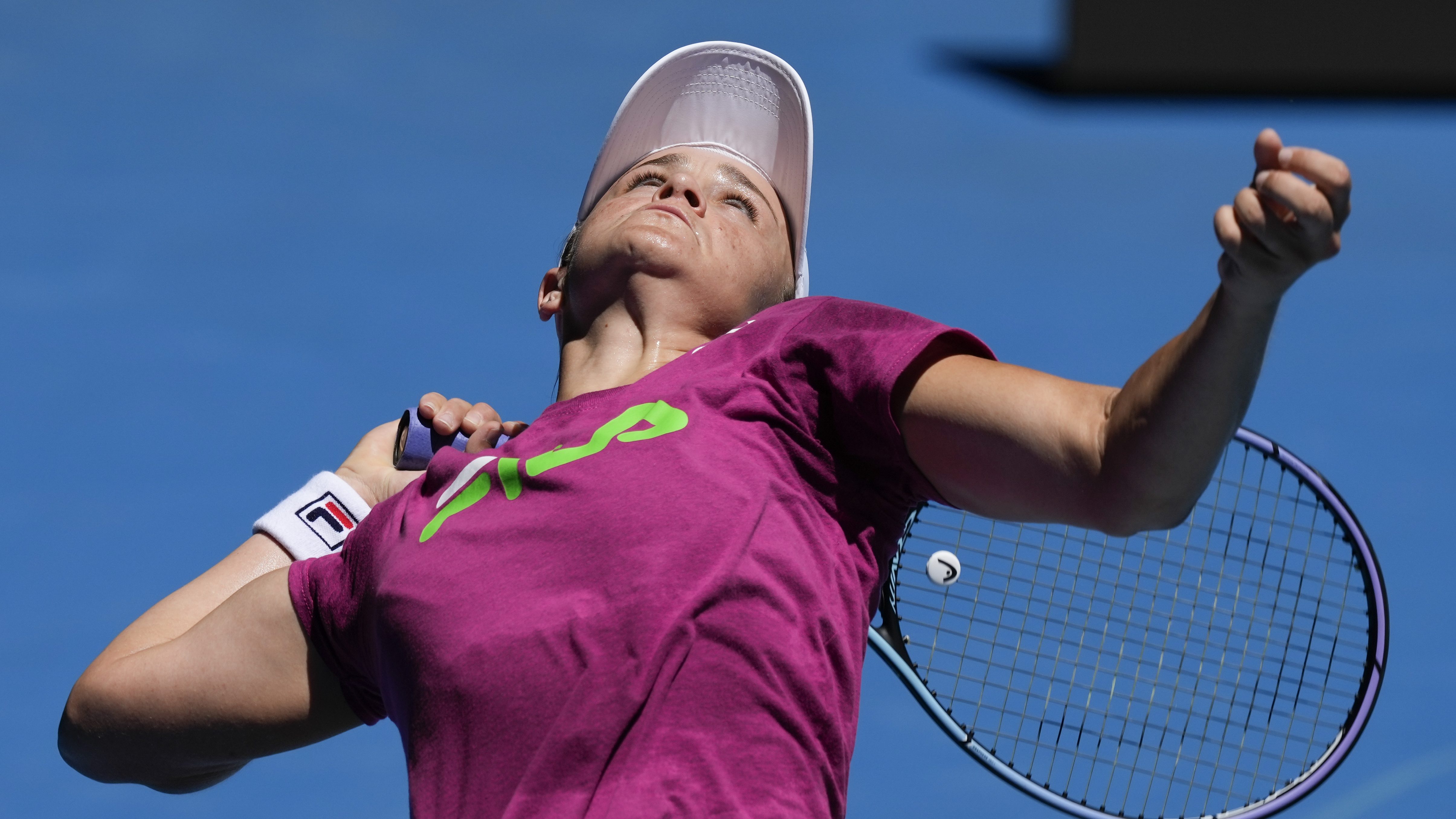 Seventh-seed Jabeur sent down five aces and won 76% of first-serve points in a confident performance, taking 82 minutes to move into the last eight and set up a meeting with No. 7-ranked Anett Kontaveit.

“I’ve been working a lot on myself and my mentality,” said Jabeur, who will be seeded 9th at the Australian Open starting next week. “Everyone knows if I decide to do something then I do it, and I am going with that mentality from now on.”

Kontaviet advanced to the quarterfinals with a 6-3, 6-1 win over Romania’s Elena-Gabriela Ruse.

No. 3-ranked Garbine Muguruza fended off Ekaterina Alexandrova’s second-set rally to win 6-1, 7-6 (4) and set up a quarterfinal match against Daria Kasatkina.

The No. 26-ranked Kasatkina backed up her win earlier this week over 2020 Australian Open champion Sofia Kenin with a 6-3, 6-4 win over Elise Mertens. Olympic champion Belinda Bencic was set to play Oceane Dodin later Wednesday.

Tuneup tournaments for the season-opening major are continuing in Sydney, Melbourne and Adelaide this week.

While those tournaments were in full swing, the top seeds for the Australian Open had practice sessions on the main show court at Melbourne Park, with women’s No. 1 Ash Barty followed by nine-time champion Novak Djokovic at Rod Laver Arena.