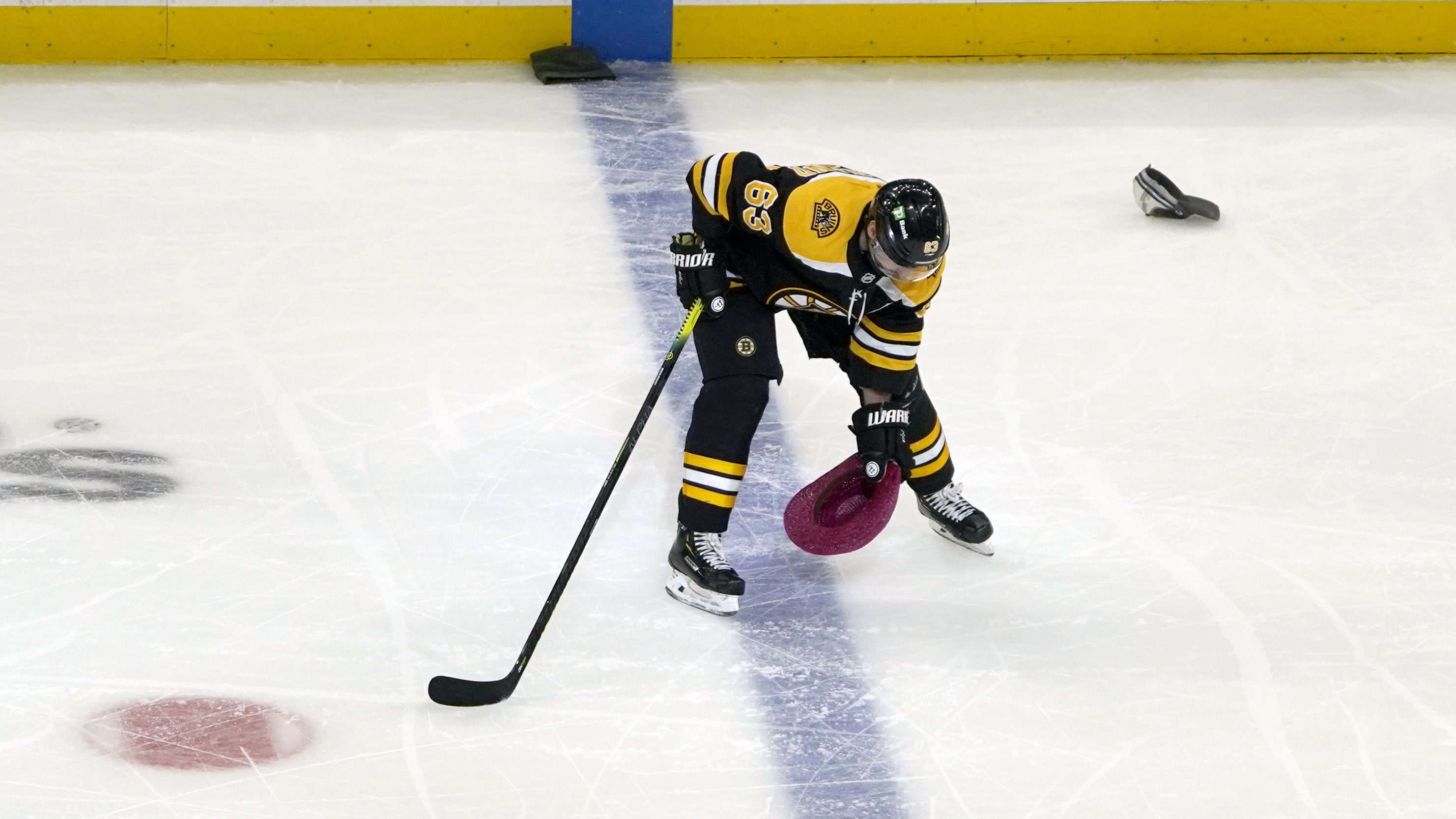 BOSTON (AP) — Brad Marchand scored two goals 15 seconds apart in the first period and completed the hat trick with a short-handed goal in the second, leading the Boston Bruins to a 5-1 victory over the Montreal Canadiens on Wednesday night.

Curtis Lazar also scored for Boston and Urho Vaakanainen got his first NHL goal. Linus Ullmark stopped 24 shots as he tries to hold onto his spot in the goalie rotation with Tuukka Rask, the winningest goalie in franchise history, expected to make his season debut on Thursday night.

It was the Bruins’ third straight win — their sixth in seven games — and the third time in a row they have opened a four-goal lead. Michael Pezzetta scored midway through the second period for Montreal to make it 4-1 and spoil Ullmark’s shutout bid.

Jake Allen gave up two goals on seven shots in the first 17:11 before he was replaced by Sam Montembeault, who stopped 31 of 34 shots the rest of the way.

The teams were originally scheduled to meet in Montreal on Wednesday night and Boston on March 12. The Bruins home game was moved up, with the hope that capacity restrictions in Canada will be eased by March.

Oskar Steen set up the Bruins’ first goal at 14:43 of the first when he fought off Nick Suzuki for the puck and put it on net, where Marchand chipped it in. Marchand scored again 15 seconds later when he swiped a high rebound in as it fell to the ice — his stick barely beating Patrice Bergeron’s to the puck.

Lazar was credited with the goal that made it 3-0 when Jake DeBrusk’s shot bounced off his foot and into the net as he was being pushed around in the slot. It was still a three-goal lead seven minutes into the second when Marchand started the Bruins on a short-handed break and then finished it by crashing the net on the rebound for his fifth career hat trick.

It was his 33rd career short-handed goal, tying him for 14th all-time with Brian Rolston and Guy Carbonneau and a dozen more than the next highest active player.

Rask, who won the Vezina Trophy in 2014, was a finalist for the award in 2020 but played in only 24 games last season as the team managed his workload while he fought hip and back injuries. He had surgery to repair a torn labrum in his hip and remained unsigned, saying he wouldn’t play for anyone but Boston.

He signed a team-friendly one-year deal on Tuesday that will pay him $545,000. He took the ice for pregame warmups to the familiar cheer of “Tuuk!”; with Boston leading 5-1 in the final minutes, the fans chanted “We want Tuukka!”

Notes: The Canadiens claimed forward Rem Pitlick off waivers from the Wild. The 2016 third-round draft pick had six goals and five assists in 20 games with Minnesota this season. Pitlick’s brother, Rhett, was drafted by the Canadiens but is a freshman at Minnesota. … The Bruins assigned goalie Jeremy Swayman to Providence of the AHL to make room for Rask. Defenseman Tyler Lewington was recalled from Providence on an emergency basis. … Bruins defenseman John Moore left the game with an unspecified injury and did not return.

Canadiens: At Chicago on Thursday night to complete the first half of a 10-game road trip while they try to avoid COVID-related capacity restrictions in Montreal.

Bruins: Host Philadelphia on Thursday night in what is expected to be Rask’s season debut.