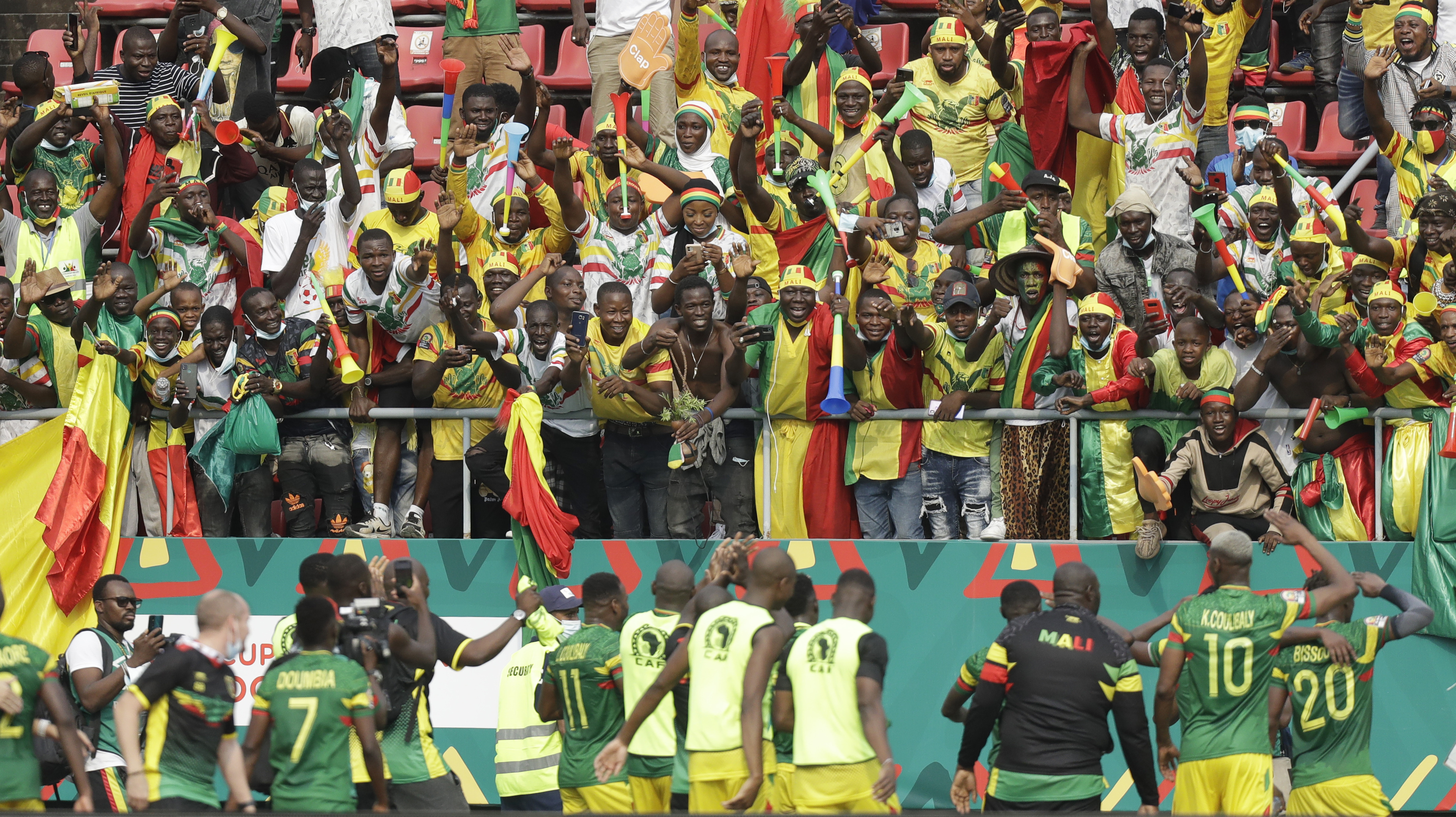 LIMBE, Cameroon (AP) — A referee at the African Cup of Nations caused chaos Wednesday by twice blowing early for the end of a game, incensing coaches on the losing team and raising the absurd possibility that the match might have to be restarted for the remaining few minutes.

Referee Janny Sikazwe of Zambia first blew for full time after only 85 minutes of the Group F opener between Tunisia and Mali in Limbe. Mali was leading 1-0. Sikazwe appeared to realize his mistake and restarted the game soon after.

He had time to send off Mali substitute El Bilal Touré in the 87th minute for a rash challenge. But Sikazwe then blew full time again nearly a minute before the 90 minutes were up, according to the clock at the stadium and on TV broadcasts. Mali appeared to have won the game 1-0.

The early whistle infuriated Tunisia coach Mondher Kebaier and other members of the coaching staff. Kebaier ran onto the field to confront the referee while pointing angrily at his own watch and the ref had to be escorted from the field by security officials and away from the furious Tunisians.

There were then suggestions that the game would be restarted and officials gathered on the field in Limbe about 30 minutes later and were seen in discussions.

Mali players also came back out onto the field and appeared to be grumbling about the situation. Some held their hands out and shook their heads. They started to warm up, all while Tunisia’s players were still in the locker room.

But the Mali players then started applauding fans and celebrating, and walked off for a second time.

There was no official word from the Confederation of African Football on any decisions made over the game, but it appeared the 1-0 win for Mali would stand.

Ibrahima Koné scored from the penalty spot three minutes into the second half for Mali’s goal.

Tunisia was awarded a late penalty for handball and after a video review by referee Sikazwe. Tunisia captain Wahbi Khazri won and then took the penalty, but his powerful shot was saved by Ibrahim Mounkoro.

Mali held on with 10 men after Touré’s red card, although not for as long as they should have had to because of Sikazwe’s early whistle.