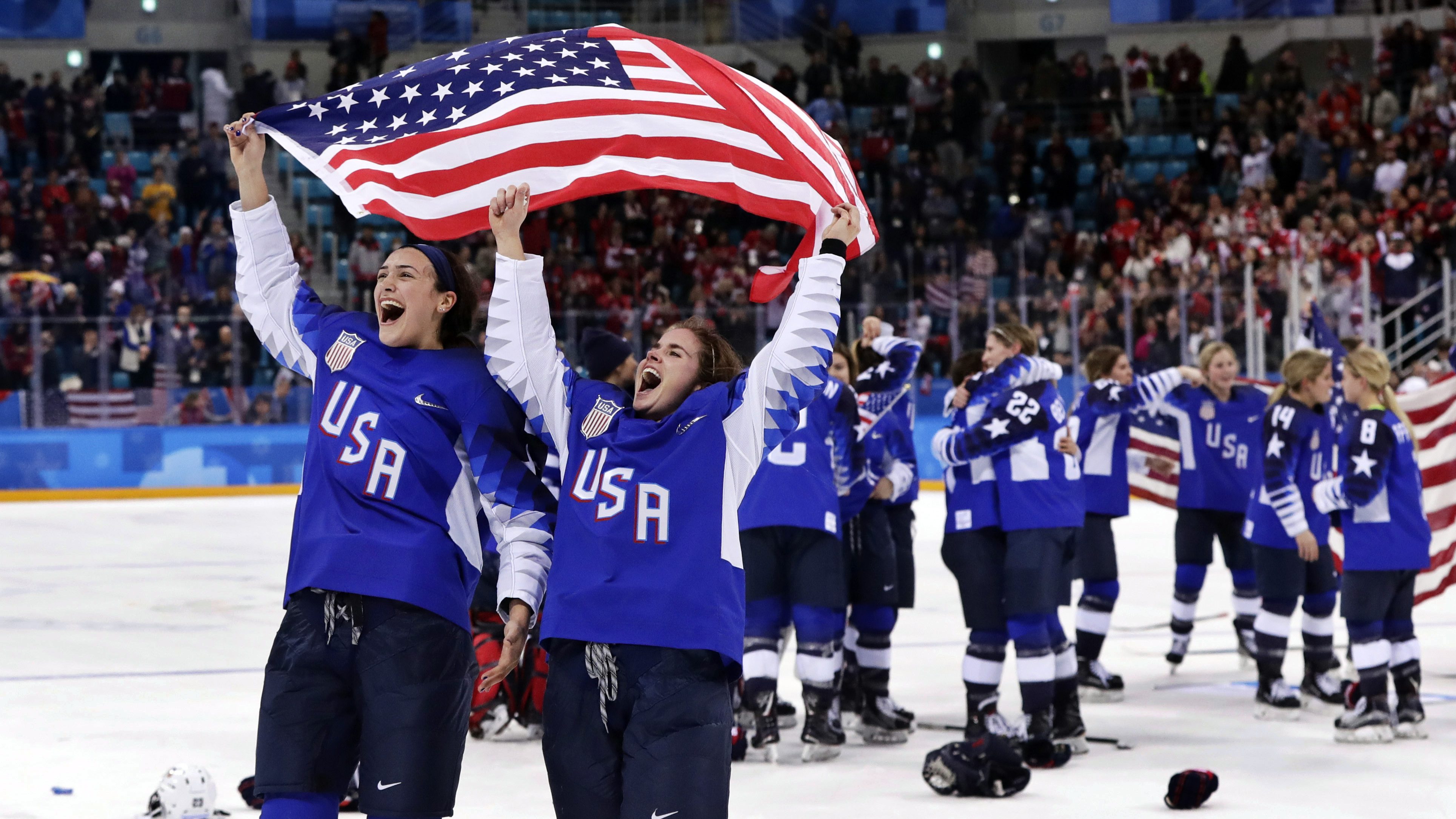 Forward Brianna Decker was unable to contain her enthusiasm in being selected to represent the United States in hockey for a third Olympics. She then bluntly declared the team’s one and only objective heading to the Beijing Games next month.

“Our business isn’t finished until we come back with a gold medal,” Decker said.

Though she didn’t have to say it, Canada — who else? — is standing in their way.

“I don’t know if it’s unfinished business, we’ve got business,” Canada coach Troy Ryan said when informed of Decker’s comments. “We’re going there as business as usual and we’re trying to win the gold.”

One of sports’ fiercest rivalries is set to resume when the 10-nation tournament opens on Feb. 3.

The United States is the defending Olympic champion after beating Canada in a nail-biting 3-2 shootout win in South Korea in 2018 to end Canada’s run of four Olympic titles. And yet, Canada is the reigning world champion after punching back with a 3-2 overtime win in August to end USA’s run of five consecutive titles.

“Yeah, it’s been a while since we’ve lost to them,” Decker said. “It’s really a sad thing, but you know, sometimes you’ve got to lose to get a little bit more out of your team and out of yourself.”

“To be honest,” countered Canada’s captain Marie-Philip Poulin, “it’s going to be fun.”

It was no surprise to anyone when the pushing, shoving and cross-checking resumed almost immediately at Allentown, Pennsylvania, in October in their first meeting after the world championships.

“Yeah, and you know what the best part is? We have them eight more times,” American forward Kendall Coyne Schofield said with a laugh, referring to what was supposed to be a nine-game Rivalry Series. It was cut to six games after the Canadians experienced a COVID-19 breakout.

Canada finished the shortened series going 4-1-1 against the Americans, with four games decided by one goal, and three in overtime.

Encouraging as the results were, they meant little to Ryan, who noted: “If you look at the history of these events and the results at the Olympics, there’s no positive correlation often.”

At first glance, Canada appears to have the advantage with speed and experience, playing an up-tempo, transition attack Ryan introduced upon taking over in August 2019. His system places an emphasis on play-making defenders turning up ice and finding open players in the neutral zone to set up odd-man breaks.

The U.S. relies more on a puck-control offensive style to set up in-close chances from Hilary Knight and Alex Carpenter, who returns after being left off the 2018 roster.

Barring what would be considered a major upset, the rest of the field continues playing catchup at the women’s level, with Finland, Switzerland, Russia and potentially the up-and-coming Czech Republic vying for bronze.

The Finns beat Switzerland to win bronze at the world championships. At the 2019 world championships on home soil, Finland upset Canada in the semifinals and came a disallowed goal in overtime away from beating the Americans before settling for the silver.

“If we play 10 games in a row, we’re not going to be the winning candidate in all of them,” Puputti said. “But then we showed two years ago, when the right game comes in the right moment it can happen. So I think it was really a confidence booster.”

The U.S. and Canada have met in the final of 19 of 20 world championships, with Canada winning 11 titles to America’s eight. Twelve gold-medal games have been decided by one goal, with nine in overtime or shootouts.

The two nations have met in the final of five of six Olympic tournaments, with the exception of the 2006 Torino Games, when Canada defeated Sweden, and the U.S. won bronze.

Denmark and the Czech Republic will make their first Winter Games’ appearances after winning qualifying tournaments in November. The Czechs, who went 3-0, are considered strong contenders with a youth-laden roster that includes six players currently at U.S. colleges.

Sweden is making its sixth Olympic appearance. It defeated France 1-0 to clinch its pool after facing relegation following a ninth-place finish at the 2019 world championships.

An ankle injury that sidelined Swiss star forward Alina Muller at the world championships in August could be the boost the team needed. The Swiss rallied for a 3-2 overtime win over Russia in the quarterfinal before a 4-0 loss to Canada in the semis.

Swiss coach Colin Muller (no relation) was encouraged by how his players learned how to compete without Muller.

Alina Muller, who was 15 at the 2014 Sochi Games became the youngest women’s hockey player to win a medal, is fully healed and eager to make her third Olympic appearance. She is completing her senior year at Northeastern.

Finland goalie Noora Raty could be a late addition after rejoining the team for two wins against the Czech Republic in December. Raty had been sidelined by a back injury in February. The 32-year-old has represented Finland at four Winter Games and holds the Olympic record among goalies with 20 games played. The Finns are set to announce their roster on Jan. 20.