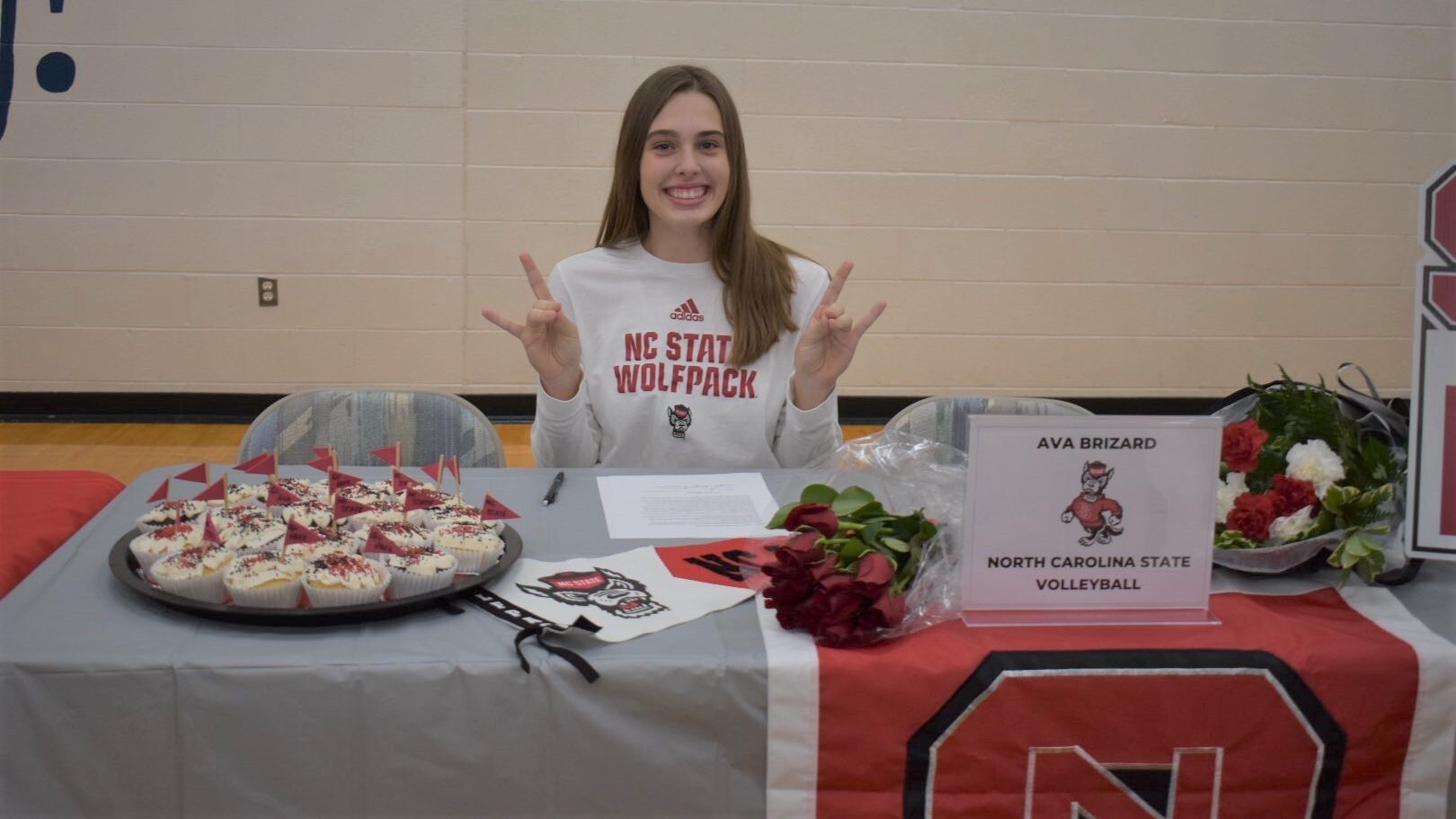 BLOOMFIELD HILLS, Mich. (BVM) – Ava Brizard could not have capped off her high school volleyball career much better than how she did this past season. Although she was a bit of a late bloomer to the sport, her last handful of years playing have proved just how high the ceiling is for the 6-foot-1 outside hitter.

After falling short in her freshman and sophomore years, Brizard helped lead Marian High School to an MHSAA Division 1 state championship last season. With the majority of the roster returning this past fall, Brizard and her team were determined to do it again.

Throughout the season, the Mustangs absolutely rolled through opponents. Although they would suffer an early loss in September to Notre Dame Prep, they were rarely threatened on their way to a 52-1 record as they made a return appearance to the state title game.

While most of the season had come easy, the state championship was certainly a challenge. Facing off against Skyline, the teams split the first two sets. In the third set, Marian found itself down, 16-14. However, everything turned around from there, as the Mustangs would come back to win the set 25-18 and also go on to win the fourth set to become back-to-back state champions with an impressive 53-1 record.

Predictably, it was Brizard again putting up some terrific stats, with over 20 kills and 16 digs in the title game.

It wrapped up a tremendous senior season in which the outside hitter compiled 602 kills, 408 digs, 53 service aces, 41 blocks and 24 assists, building on her tremendous junior season numbers. For her career, Brizard finished with an eye-popping 2,138 kills and 1,748 digs, and concluded her career as a back-to-back Gatorade Michigan Volleyball Player of the Year award winner.

“In my 20 years of coaching, I have never seen a player with this level of skill and this kind of character to the game of volleyball,” Marian head coach Mayssa Cook said in a Gatorade press release. “We repeated as state champions and Ava certainly brought her ‘A’ game.”

After the season, Brizard was also named Miss Volleyball in the state of Michigan. Nationally, she was named a 2021 American Volleyball Coaches Association First Team All-American.

Brizard has quickly risen higher and higher in the Class of 2022 rankings, and will now focus on her upcoming college career at NC State. After committing to the Wolfpack in the fall of 2020, Brizard got to officially sign her national letter of intent last November.

Welcome to the Pack, Ava! pic.twitter.com/m1g2bZl0tm

Being the elite talent that she is, NC State head coach Slabe Luka and the rest of his staff can’t wait to see what Brizard can do for their team beginning this fall.

While Brizard is poised to be a star on the court, she will also maintain her success in the classroom, as she has earned a weighted 4.16 GPA throughout her senior year. Brizard has also continued to serve locally as a youth volleyball coach, and has been involved with Summer in the City in Detroit, which is a non-profit that assists service projects and youth camps in the community.

Although it is time to move on to the future, there aren’t many high school careers that compare to the one Brizard had. Hoping to become an All-American and national champion at NC State, big things are in store, but her time in Michigan will not be forgotten any time soon.