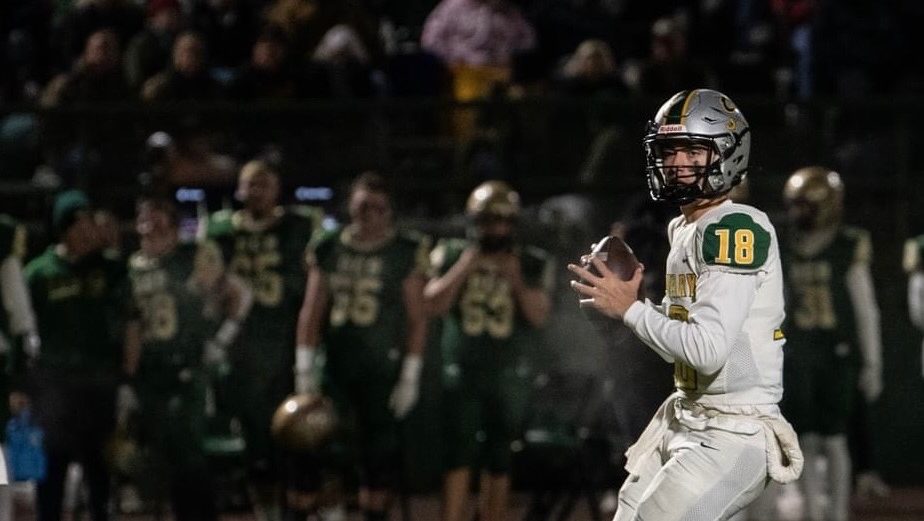 “With Landry taking the reins for the Cavs, that team has taken off to a new stratosphere,” Plain Dealing High School Head football coach Chris Wilson said in a Gatorade press release. “He’s cool, calm and collected and he rarely makes mistakes. He stays within the game plan and works to get all his skill guys involved early.”

During his senior season, the 6-foot-1, 195-pound QB led the Cavaliers to an overall record of 11-2 and a Division 4 state semifinal appearance. Along with a great playoff run, Lyddy passed for 4,247 yards and 53 touchdowns. He had eight games where he surpassed 300 passing yards and nine games with at least four passing TDs. Doing all this helped Lyddy become the first-ever player from Calvary Baptist to win Louisiana’s Mr. Football and Gatorade Louisiana Football Player of the Year.

“It’s a big-time award,” Lyddy said. “To win that at a small school like Calvary, it’s awesome to open those kinds of doors and get those eyes on [other players] at Calvary. We have a lot of [great] athletes and hopefully somebody else from Calvary can win it too.”

He also joined Brock Berlin and Dez Duran as the only three Louisiana high school quarterbacks to pass for over 4,000 yards and 50 TDs in one season.

“Landry Lyddy is one of the all-time passers in Louisiana high school history, and there is no doubt he will continue that success as a Bulldog,” Louisiana Tech head coach Sonny Cumbie said on national signing day. “We are excited to have a young man who has a strong arm and a lightning quick release. He is very accurate with the football. The kid is a winner. He has won a lot of football games and has played a lot of snaps in high school.”

As a two-year starter, Lyddy passed for 7,813 yards and 96 TDs. He was also an all-state selection in his final season and named the Shreveport Times Quarterback of the Year. And with great play on the field, there comes the possibility of getting a nickname. And Lyddy is known as the “Candy man.”

“We had a homecoming pep rally a few weeks before and we had a bunch of candy in the training room,” Lyddy said. “I started stuffing Starbursts in my hand warmer mid game and I’d eat them [during the game]. I threw a slot fade…and I ran over to the safety and I tossed him a Starburst.”

It just so happened that him tossing the Starburst was caught on film and the legend of the “Candy man” was born.

Now, with everyone knowing his name, the three-star prospect will be making the most out of his opportunities with Louisiana Tech. He’ll be graduating early and heading to Ruston this spring. And when he gets to Ruston, he wants to be like the very athlete he looks up to the most: Tim Tebow.

“He’s a Christain guy, he’s a great athlete [and] he was remembered for being open about his faith and that’s how I kind of how I would like to be remembered,” Lyddy said.

Along with Tebow, Landry has a lot of respect for his family and remains forever thankful for the opportunities they gave him.

“My dad, my mom and my little brother have been a huge help for me,” Lyddy said. “Both my parents have driven me all across the country to camps and basically every decision I’ve made along this journey, they’ve played an important part in it.

“Louisiana Tech felt like home more than anywhere else,” Lyddy said. “With Coach Cumbie coming and starting a relationship with him, I realized he’s somebody I want to be around for the next four years.