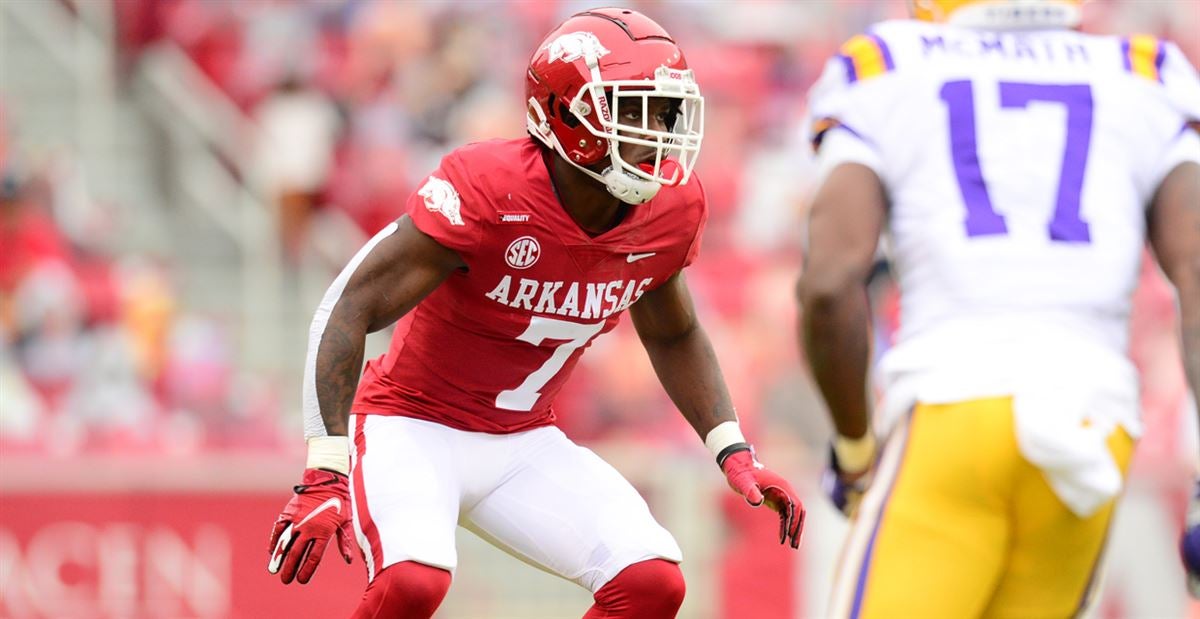 Coming out of McDonogh 35 High School, Foucha was a three-star athlete. He had offers from esteemed football programs like Alabama, Auburn, LSU, Florida State, Michigan, Ole Miss and others, but Foucha chose to go to Arkansas over those schools.

Foucha would make contributions to the Razorbacks right away as a freshman by playing in nine games and a total of 192 snaps. He started 34 games, made 230 tackles and intercepted five passes.

His final game for the Razorbacks would come in the Outback Bowl on Jan. 1 where he sealed the victory for Arkansas after intercepting a Sean Cliford pass. Four days later, Foucha made the decision to enter the transfer portal.

“First and foremost, I would like to thank my lord and savior, Jesus Christ, for the ability to play the sport I love at such a high level,” Foucha said in a tweet. “I would also like to thank Coach Cooper and Coach Morris for bringing me to the University of Arkansas.”To every teammate that took me in as a brother and a friend, I am beyond thankful for you, and I will always cherish the memories we’ve made.

And, finally, to all of the amazing Razorback fans, thank you for your unwavering support through thick and thin. I am forever grateful! With that being said, I will be entering my name into the transfer portal with one year of eligibility remaining.”

With one more year of eligibility left and after helping the Razorbacks to their first bowl victory since 2015, the Louisiana native decided to return home on Jan. 11.

I got that beast in my eyes look like Tyson! #NewEra #geauxtigers COMING HOME! 🐯 pic.twitter.com/Lv4A9CLb6e

Foucha was one of the Razorbacks team captains and he will be sorely missed as the Razorbacks prepare for 2022. But for the LSU Tigers, Foucha will look to provide a much-needed spark for a team that finished last in the SEC West with an overall record 6-7.