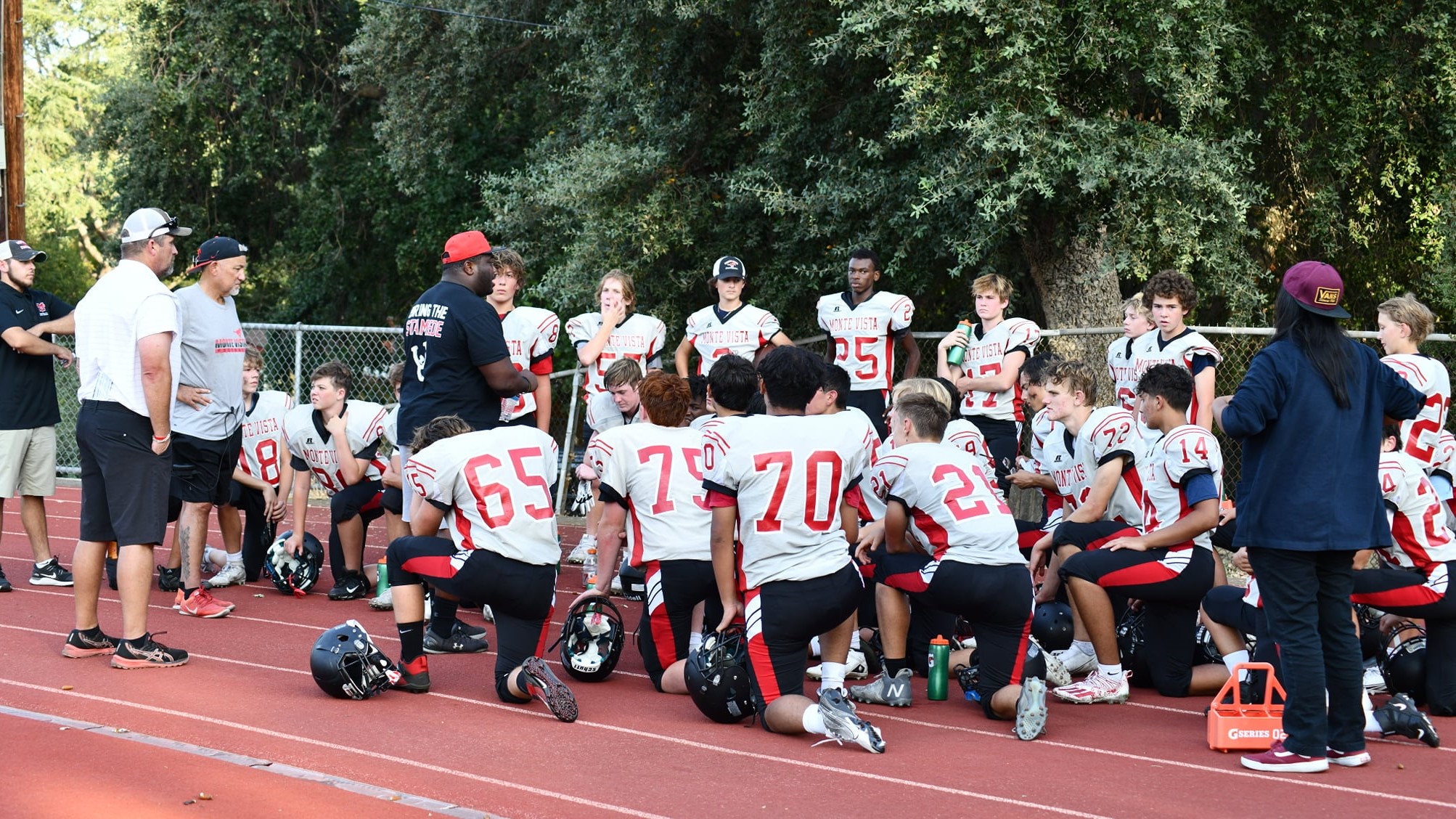 DANVILLE, Calif. — Super Bowl champion C.J. Anderson is making quite an impression on a new generation. The former star ball carrier is back in action, coaching with a passion.

He accepted an offer to lead the Monte Vista High School varsity football program in 2021. Since then, Anderson has steered the Mustangs to remarkable success.

They closed a COVID-19 stricken 2020 campaign with zero wins. After Anderson took the reins in June, Monte Vista experienced an extraordinary turn of events.

“His impact was felt before the team took the field,” Monte Vista Athletic Director Andy Popper said. “His presence, confidence, and organization was evident in his first meeting with the football parents. His arrival created a buzz on campus and our community.”

“He brought a very real and unique perspective on the game, as well as a very blue collar ‘let’s grind’ work ethic,” Popper said. “Our athletes were held accountable for themselves, their actions and above all, the program.”

Last fall, the squad finished with a record of 7-3. The Mustangs even made the playoffs. Coach Anderson played a huge part in the turnaround. And looking at his path to Danville offers some insight into the reason why.

Anderson hails from the city of Vallejo. He starred at Bethel High School then landed at Laney College in Oakland. C.J. remained there through his sophomore year. At Laney, he earned the reputation of a hard-nosed and determined ball carrier.

For his junior season, Anderson leveled up to Division I.

He moved north to Berkeley and joined the California Golden Bears. As a senior, he tallied almost a thousand total yards on offense and five touchdowns. Yet C.J. was not selected in the 2012 NFL draft.

Like he showed on the field, it takes more than one hit to stop him. Anderson kept grinding and won a feature role with the Denver Broncos. In addition, he helped carry them to a Super Bowl title.

As a veteran, he found satisfaction in helping young teammates. This led Anderson to an important decision about his future. He would return as a coach.

While a number of teams reportedly expressed interest in his services, C.J. retired from professional football in September 2020. He returned to the Bay Area but wouldn’t stay away from the game.

Less than a month passed before he resurfaced on the sidelines.

Anderson became a volunteer assistant coach at his alma mater, University of California, Berkeley. He stayed for one season, in charge of offensive quality control.

Monte Vista then made an offer he couldn’t resist.

Few coaches can claim his football credentials. A playoff berth is just the beginning. Now he’s in a position to teach priceless lessons he learned from experience.

“Our goal is to build on the success of the 2021 season,” Popper said. “Identify what we did well and what we need to improve on at all levels. One of the areas of focus is to build the numbers of kids in the program and to retain them through graduation. Lastly, to compete at the highest level and play beyond the section playoffs.”