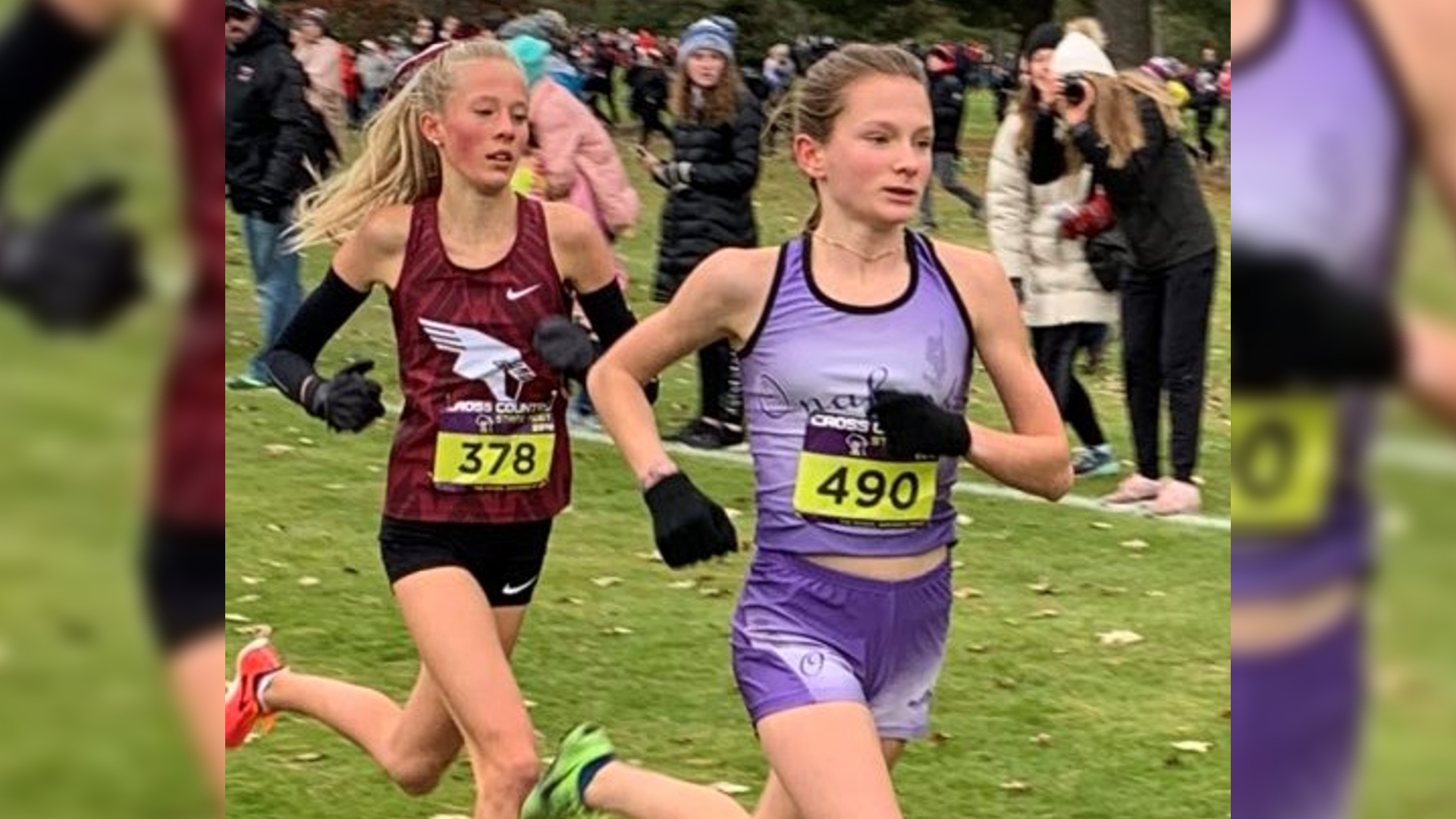 MIDDLETON, Wis. — There have already been a number of world-class female runners from Wisconsin. Consider as examples Olympic stars like Stevens Point native Suzy Favor-Hamilton and Hartland native Molly Seidel. However, there is another young Wisconsin distance runner who is looking to continue that tradition: Middleton High School’s Lauren Pansegrau.

Pansegrau has dominated the sport of girls cross country within Wisconsin for the last couple of years, winning two state titles and setting several impressive times along the way. Not only this, but Pansegrau has already begun to take her talents onto the national stage.

Beginning in fall 2022, she will take her running abilities to the University of Michigan, where she will attempt to continue to grow as an athlete.

“It’s a really good school,” Pansegrau said following her commitment to Michigan. “It sounds like you have a really good balance with school and athletics.”

Getting faster would be an impressive feat, especially given the high marks that Pansegrau has already set during her time at Middleton. After a runner-up finish in the 2019 Division I cross country state championship, Pansegrau won the title race held in Janesville in the 2020 alternate fall season against a COVID-19-shortened field. In doing so, she obliterated the state meet record for a 5,000-meter race with a time of 17 minutes and 7.3 seconds (the previous record, set in 2019, was 17 minutes and 44.6 seconds).

“I knew it was a possibility,” Pansegrau said of the record time. “I was just going for place for this one. But it’s really exciting to see I did that.”

Even her historic state meet record time wasn’t Pansegrau’s most impressive race of the 2020-21 cross country season. In the sectional race in Cross Plains, she became the first female runner in the storied history of the state’s girls cross country sport to record a time under 17 minutes with a time of 16 minutes and 58.0 seconds.

Pansegrau followed up this impressive season with another individual state title in the fall 2021 season. This time competing against the full complement of Division I athletes, the Middleton runner showed no shortage of her world-class running ability in again dominating the field. This time around running the difficult Wisconsin Rapids course in a time of 17 minutes and 44.7 seconds, she outpaced the second-place runner by over 30 seconds for the second straight year.

“I just wanted to start off strong and see who was around me,” Pansegrau said following her victory. “I think I just tried to run my own race and not worry about anyone else, and just enjoy the race.”

Pansegrau went on to compete in the Eastbay Midwest regional race in Kenosha, where she placed 10th, and the Eastbay National Cross Country Championship in San Diego, where she placed 21st. Even with her exceptional ability already well-developed, her high school coach feels strongly that her development as a runner is far from over.

“I’ve never met anyone so determined, so focused and so positive in my life,” Richardson said following Pansegrau’s state title win in fall 2021. “I wish I could just bottle her up and give her to the other girls because she’s not just fast, she does everything correctly.”

As she moves on to the next step of her amateur running career at the University of Michigan, Pansegrau is certainly a runner to watch who could make her fellow Wisconsinites proud with a future as a high-level runner, perhaps even reaching the Olympic levels achieved by Favor-Hamilton and Seidel.

Considering both the great level which her in-state achievements reached during her Middleton High School career and her strong determination to succeed, Pansegrau’s potential may be limitless.