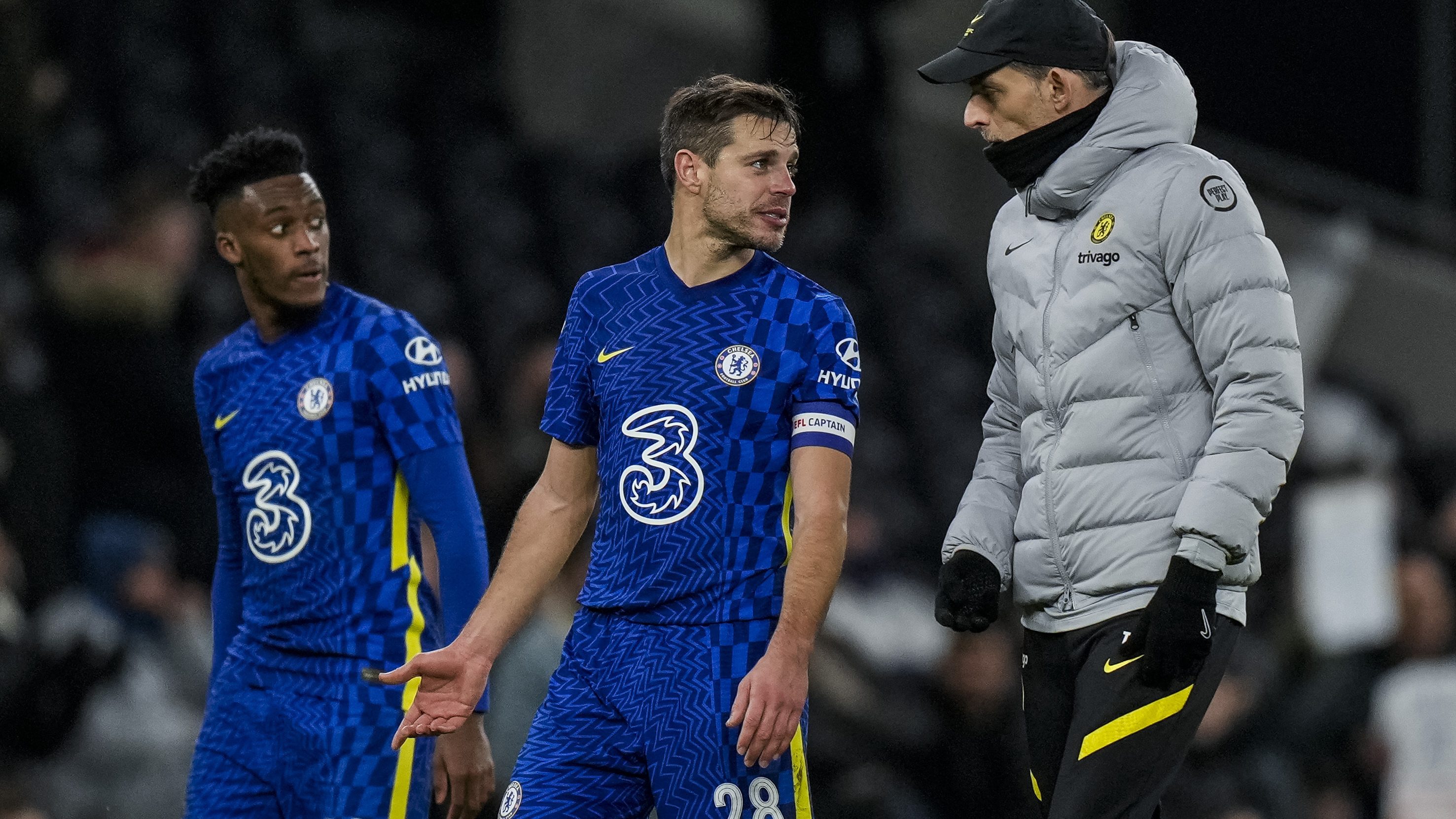 A look at what’s happening in European soccer on Saturday:

The first Premier League match of the day is the biggest: Leader Manchester City hosts second-placed Chelsea. The Blues trail by 10 points and hope to keep their title hopes alive against the defending champion. Chelsea defender Andreas Christensen has tested positive for COVID-19 and will miss the game. City also has new virus cases, though manager Pep Guardiola wouldn’t identify how many or who on Friday. Newcastle made an embarrassing exit from the FA Cup but will hope new striker Chris Wood will help against relegation rival Watford. Last-placed Norwich hosts Everton, and Southampton visits Wolverhampton. Cristiano Ronaldo is expected back for Manchester United’s visit to Aston Villa in the evening match. United beat Villa 1-0 last weekend in the FA Cup. Villa manager Steven Gerrard says new additions Philippe Coutinho and Lucas Digne are “both fit and in contention.”

After losing in the Italian Super Cup, Juventus turns its attention back to Serie A and a home match against relegation-threatened Udinese. Juventus lost against bitter rival Inter Milan 2-1 after extra time on Wednesday. It was the Bianconeri’s first defeat since November as they showed signs of getting into their stride following a difficult start to the season. Victory on Saturday would send Juventus level on points with fourth-placed Atalanta, albeit having played two more matches. Udinese, which has been hard hit by the coronavirus, is only four points above the drop zone and reeling from a hefty 6-2 loss to Atalanta last weekend. Lazio will be hoping for its first win of 2022 when it visits last-placed Salernitana, and struggling Sampdoria hosts Torino.

Bayern Munich visits Cologne as it aims to bounce back from a loss to Borussia Mönchengladbach. Bayern can field most of the players who missed last week’s defeat while infected with the coronavirus, but left back Alphonso Davies remains out after heart muscle inflammation was detected following his infection. Gladbach aims to follow up its win over Bayern with another against Bayer Leverkusen, which is challenging for Champions League qualification. Third-placed Hoffenheim is looking to extend its good form against Union Berlin. Wolfsburg hosts Hertha Berlin in a match between teams which hoped for European places this season but instead are close to the relegation zone. Mainz hosts Bochum.

With Lionel Messi taking longer than he expected to recover from the coronavirus, Kylian Mbappe will again spearhead Ligue 1 leader Paris Saint-Germain’s attack at home against Brest. Messi missed PSG’s 1-1 draw at Lyon last weekend. While PSG enjoys an 11-point lead it’s a far different story for Saint-Etienne. One of France’s most storied clubs — it has won a record 10 league titles — is last ahead of the home game against sixth-placed Lens. Saint-Etienne has just two wins, and even another victory would not move it off the bottom.

Sevilla crosses Seville to play at Real Betis in an always hotly contested derby in the Copa del Rey. Sevilla has won six of its last seven matches across all competitions. It also won at Betis 2-0 in La Liga this season. Both rivals are enjoying excellent campaigns, with Sevilla in second place and Betis right behind in third in the league. Also in the Copa del Rey round of 16, Espanyol travels to Mallorca, while Rayo Vallecano and Cádiz play at second-division sides Girona and Sporting Gijón, respectively.