KUALA LUMPUR, Malaysia (AP) — China withdrew as host of soccer’s 2023 Asian Cup on Saturday in the latest cancellation of the country’s sports hosting duties during the COVID-19 pandemic.

The Asian Football Confederation praised Chinese soccer officials for making “this very difficult but necessary decision in the collective interests of the AFC Asian Cup.”

The 24-nation tournament was due to be played in 10 cities in mostly newly built stadiums in June and July of next year.

China’s withdrawal could let Qatar or Saudi Arabia step up as hosts while both are bidding in a contest to host the 2027 edition. India and Iran are also candidates for the 2027 edition with a decision expected early next year.

Qatar has stadiums in place to host the 2022 World Cup kicking off in November. However, a June 2023 start for the Asian Cup could be unlikely because of the extreme heat in the Qatari summer, making early 2024 a better option.

The four-yearly Asian Cup is traditionally played in January and February. Qatar (2011) and Australia (2015) hosted the tournament when it was played in January, while the 2019 event in the United Arab Emirates was held from Jan. 5 to Feb. 1.

China was due to host the 2022 Asian Games in Hangzhou in September but that was postponed along with nearly all international sports events in the country. China did host the 2022 Winter Olympics in Beijing though under a strict lockdown for athletes and officials with few fans able to attend. 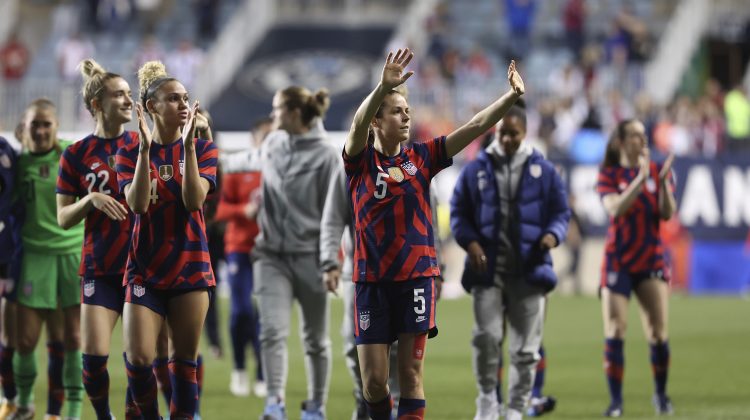 US women to host Colombia for 2 matches in June

The U.S. women’s national team will host a pair of matches against Colombia in June…