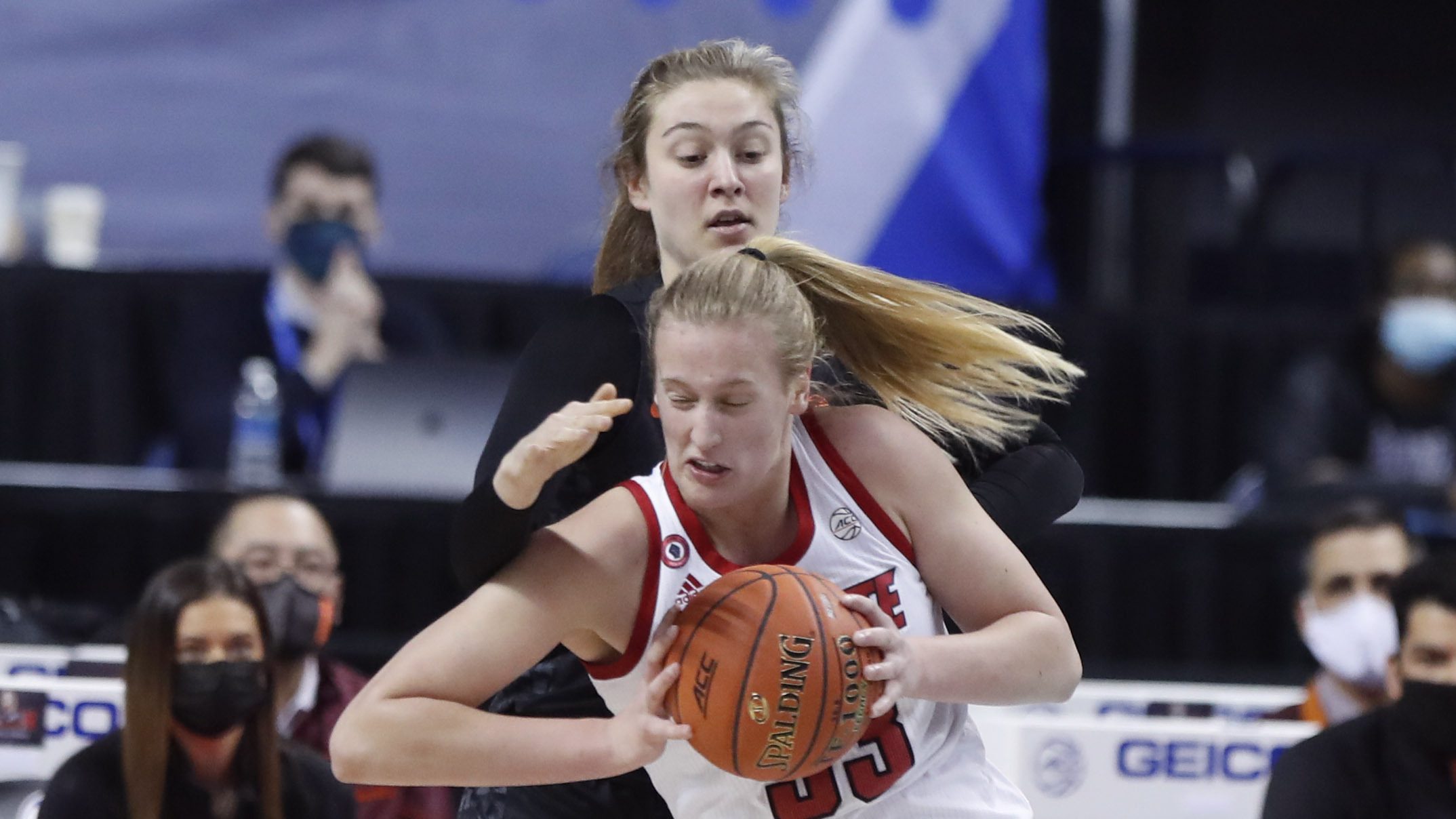 Jada Boyd added 13 points off the bench for the second-seeded Wolfpack (18-2), the reigning tournament champion.

The Hokies were one of two teams to beat the Wolfpack this season, and led the other regular-season meeting by 14 in the fourth quarter before N.C. State rallied to win. The 6-foot-5 Cunane missed both meetings due to COVID-19 protocols, but made 10 of 15 shots and 7 of 8 free throws in a big performance against 6-5 Hokies sophomore Elizabeth Kitley.

Meanwhile, Boyd — who shared honors as the ACC’s top reserve this year — came through with a big game that included 10 rebounds and three blocks.

Boyd’s play was particularly valuable considering starters Jakia Brown-Turner and Kayla Jones had quiet offensive games. Boyd had nine points in the second quarter that tipped control to N.C. State, which built a double-digit lead, then shot 48% after halftime to stay in front as the seventh-seeded Hokies tried to make a push.

Kitley had 20 points and nine rebounds for the Hokies (14-9), the tournament’s seventh seed. But top scorer Aisha Sheppard (18.8 points per game) struggled to six points on 2-for-15 shooting that included 0 for 6 from behind the arc.

The teams were tied at 16 after the first quarter, but the Hokies went 1 for 15 in the second period — including the last 5:45 of the half without a basket. That created a big hole they couldn’t escape, even after getting as close as four late in the third.

The Hokies shot 35% for the game and made 5 of 21 3-pointers after making 23 in the two regular-season meetings.

Virginia Tech: The Hokies advanced into the quarterfinals with Thursday’s win against Miami, but have never advanced past that round since joining the ACC for the 2004-05 season. They entered the tournament looking to be in good position to earn an NCAA bid, which would be the first under fifth-year coach Kenny Brooks.

N.C. State: Wes Moore’s team won the program’s first tournament title since 1991 last season and lost out on its first regular-season crown since the 1989-90 season by a small win-percentage margin compared to No. 5 Louisville. Cunane’s performance was a positive opening act in the tournament, while Boyd highlighted her value after Brown-Turner had two points on 1-for-7 shooting and Jones finished with seven points.

Virginia Tech: The Hokies must wait to learn if they have secured an NCAA bid.

N.C. State: The Wolfpack will face the Clemson-Georgia Tech winner in Saturday’s semifinals.