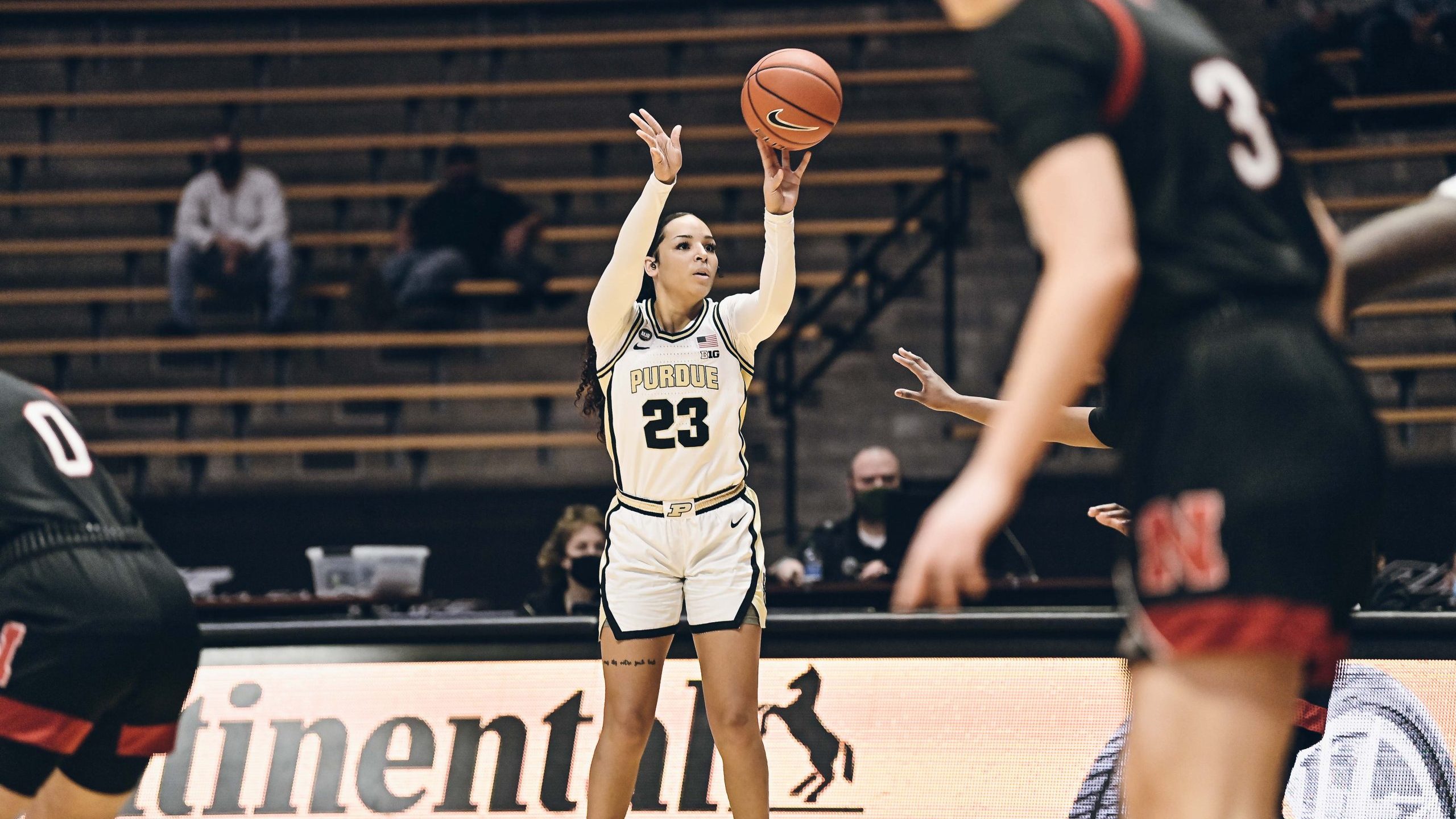 After three seasons at Purdue, Kayana Traylor will now take her talents on the hardwood to Virginia Tech. (Courtesy: Purdue University Athletics)

MARTINSVILLE, Ind. (BVM) — After a brief time in the NCAA transfer portal, Martinsville, Ind. native Kayana Traylor has found her next basketball home.

On April 9, Traylor officially announced she will be joining the Virginia Tech Hokies women’s basketball program.

Traylor brings over some high-level experience to a talented Hokies program. As a freshman and sophomore at Purdue, the point guard averaged around six points per game. But she made a tremendous leap as a junior, averaging 15 points per game as an All-Big Ten second-team player.

Traylor was one of five Boilermakers to enter the transfer portal this offseason, and is the third to officially land with a new team. With winter sport Division I college athletes being given an extra year of eligibility, Traylor will have two years to play at Virginia Tech if she chooses to.

The basketball standout joins a Virginia Tech team who finished 15-10 overall this past season, and finished seventh in the ACC. The Hokies did earn an NCAA tournament bid, defeating Marquette in round one before getting bounced by Baylor in round two.

This move and others so far in the offseason leave Purdue in an interesting spot. Madison Layden — who showed high-level potential as a freshman — will look to take over as a leader for the Boilermakers next season.

Meanwhile, Traylor leaves her home state to head east where she hopes to finally get a taste of NCAA tournament action.