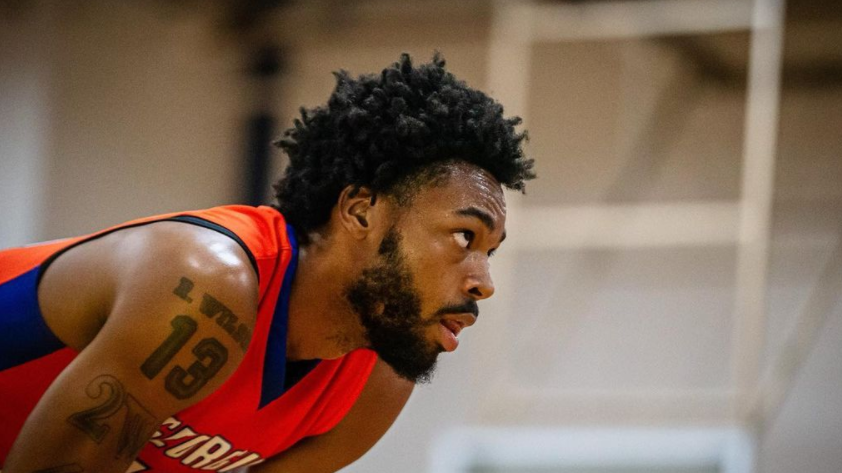 Originally from the Philadelphia area, Langston Wilson has turned himself into one of the nation's top junior college recruits. (Credit: @luisphotosx/Instagram)

PHILADELPHIA (BVM) — Langston Wilson, the No. 2 JUCO player in the country, is just over a month away from making the move out West to the University of Washington. The 6-foot-9 power forward is set to join the Huskies men’s basketball team with high drive and motivation to succeed following an “upsetting” 2020-21 season.

The Georgia Highlands College sophomore averaged 9.6 points and 7.7 rebounds per game this season. But, during his freshman 2019-20 season, he averaged 10.1 points and 7.6 rebounds.

“My final JUCO season was below expectations since I didn’t produce on the level I should have and it hurt,” Wilson said. “I wasn’t mentally or physically prepared enough to do what was expected of me and I hit a major learning curve. I didn’t put up crazy numbers and I didn’t dominate as I was very well capable of and that’s nobody’s fault except mine.”

With his junior college basketball seasons now in the past, Wilson said he’s been putting in more work than ever during this offseason so that he can best translate his skills from JUCO to DI.

“But now I have a fire lit within me,” Wilson said, “and the upsetting season forces me to go harder so that I can become way better everyday. This offseason I’m working out and lifting six days a week to try and prepare for U-Dub.”

The ability for Wilson to make it this far in his basketball career was seen as impossible years ago when he was forced to the sidelines due to his heart condition. Now, his DI dream is only at an arm’s length away and there’s no doubt that he won’t be able to perform at UW. After all, he has been highly recruited by dozens of programs over the past year. He initially signed with Alabama back in November but asked to be released from the NLI roughly five months later.

“[Alabama] by far has one of the best fan bases in the world,” Wilson posted on his Twitter. “With that being said though after long talks with the coaches… I feel as though it is best that I am released from my NLI and reopen my recruitment.”

It didn’t take much time for coaches to line up for a second chance at Wilson’s signature. The second time around he was given familiar offers from programs such as Maryland and West Virginia. But, he was also given fresh new offers from schools including UW-Milwaukee, Washington and Louisiana.

The four-star JUCO ballplayer on April 30 chose the Huskies because he “really bonded with Coach [Wyking] Jones and Coach [Mike] Hopkins.” Wilson also said that he admires their plan for him and his career.

He’s set to move in a month from now in late June and to start off his time at UW, he’s planning on taking summer classes for his communications degree.

“All of this means the world and it’s truly a blessing and I won’t take it for granted one bit,” Wilson said.