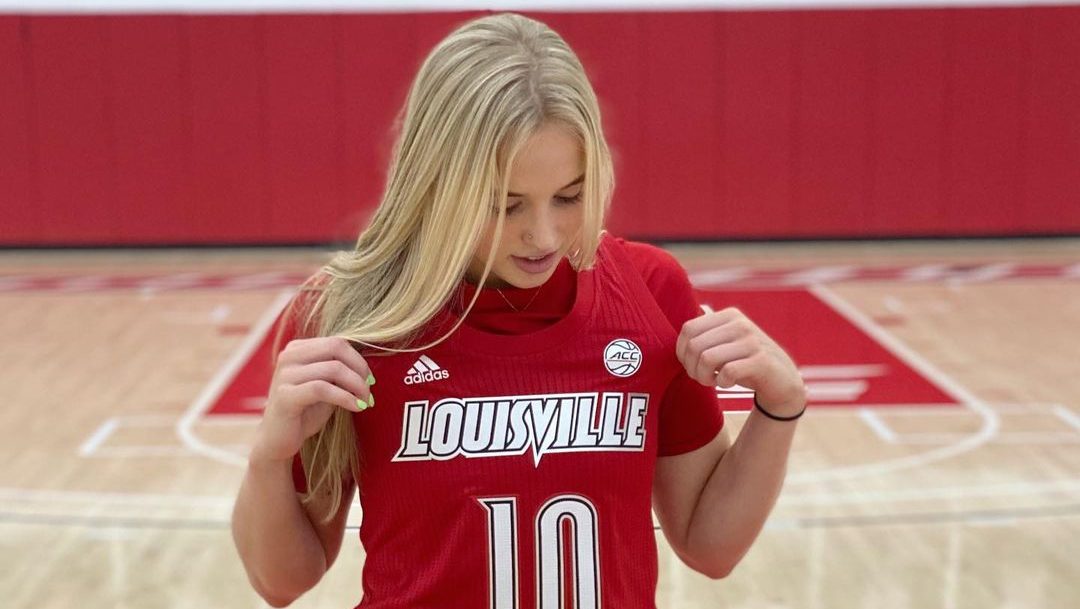 LOUISVILLE, Ky. (BVM) — When looking at Louisville Cardinals women’s basketball player Hailey Van Lith’s performance on the basketball court, it comes as no surprise that she has quickly become one of the more recognized players in the entire country. As only a freshman for the Cards last season, Van Lith played and started in all 30 of the team’s games while she finished third on the team with 11.2 points and 5.2 rebounds, and also had 2.1 assists per game. With her skills, she has garnered numerous preseason honors including being one of 20 named to the watch list for the Nancy Lieberman Award, given to the top Division I women’s point guard in the country, as well as being selected to the 2021-22 Preseason All-ACC team.

While her skills are undeniable, the thing that could really set Van Lith apart from her peers this season is her potential earnings. Thanks to the NCAA’s adopted National Image and Likeness policy, Van Lith can now cash in on her image and likeness for personal gain as other notable athletes and even teams have done with big NIL deals over the past handful of months. Thanks to her vast social media presence, Van Lith could become one of the highest paid NCAA student-athletes in the entire country.

According to a Sept. 28 article by The Action Network, Van Lith has one of the top-10 highest earning potentials based on her Instagram account alone, an account which has over 699,000 followers as of late October. Fortunately for Van Lith, she has been active with her earning potential, already striking a deal with talent and marketing sports agency Octagon, becoming one of the company’s first NIL representation clients in early August alongside Missouri quarterback Connor Bazelak.

Looking at a sample of Van Lith’s NIL work so far, in her most recent sponsored post by IcyHot and the Shaq Foundation, the Wenatchee, Washington native was able to garner 135,000 views on Instagram, 16,800 views on Tik Tok and 4,600 views on Twitter, not to mention all the numerous likes and reshares for the ad as well. This shows not only the marketing power Van Lith has and will continue to have, but also what the future will hold for many Division I athletes.

Bringing revamped 🏀 courts to communities in need. 🙌 Shoutout to @shaq for hosting the @icyhot 2K22 charity tournament in benefit of court rebuilds, tune in to https://t.co/TvGyULpC3w tonight at 5 pm EST to support the @shaqfoundation’s work. #sponsored #getbackinthegame pic.twitter.com/A2NpwWpjAQ

Louisville head coach Jeff Walz discussed the NIL situation with his program during the team’s media day on Oct. 26. Although he didn’t divulge into Van Lith’s personal NIL work, he discussed how the program can benefit both current and future players with their fan base and community connections.

“We aren’t allowed to do much as coaches,” Walz said. “I can’t go out and facilitate deals. I can’t have much about anything when it comes to name, image and likeness. But what I am able to tell recruits is we do average close to 10,000 fans, we have courtside season ticket holders. I’m not giving names but I can tell them here’s what they are in town to show them we have business owners and leaders that are coming to our games regularly, they are season ticket holders.”

While Van Lith continues to work her way through the new NIL landscape, her goals remain on the basketball court and adding more honors and recognitions to her already stacked resume. In addition to her preseason honors this year, at Louisville Van Lith was also named to the ACC All-Tournament first team, 2020-21 ACC All-Freshman team, All-ACC academic team and the 2020-21 Lieberman Award top 10 list last season.

“[Van Lith]’s done a great job, no one is going to question her work ethic,” Walz said. “She’s the hardest worker I’ve got on the team. … Now it’s a matter of performing. She had a great freshman year, now there’s going to be more expectations and more put on her plate. I’ve been very impressed with what I’ve seen so far.”

Over the summer, she represented Team USA at the FIBA 3×3 Women’s Series stop in Montreal on Sept. 3-4 where the team finished with 3-1 record and she paced the unit in its three victories with 18 points, which tied as the top output on the day, and had four assists and eight rebounds. This is not her only time representing Team USA either as she has won gold medals at the 2019 FIBA U19 World Cup, the 2019 FIBA 3×3 U18 World Cup, the 2018 Youth Olympic Games and the 2018 FIBA U17 World Cup while also earning numerous honors such as the 2019 FIBA 3×3 U18 World Cup MVP and the 2018 USA Basketball 3×3 U18 National Championship MVP.

The Louisville program and faithful will look to see if Van Lith’s ascent to the top of the college basketball world continues this season. The former McDonald’s All-American won’t be a freshman sneaking up on anybody now, she is a well-known commodity and one the Cards are fortunate enough to have on their side. As Louisville prepares to begin its season with an exhibition against Union University (Tenn.) at the KFC Yum! Center on Nov. 4, Van Lith will have the opportunity to prove all the attention she has received is warranted.