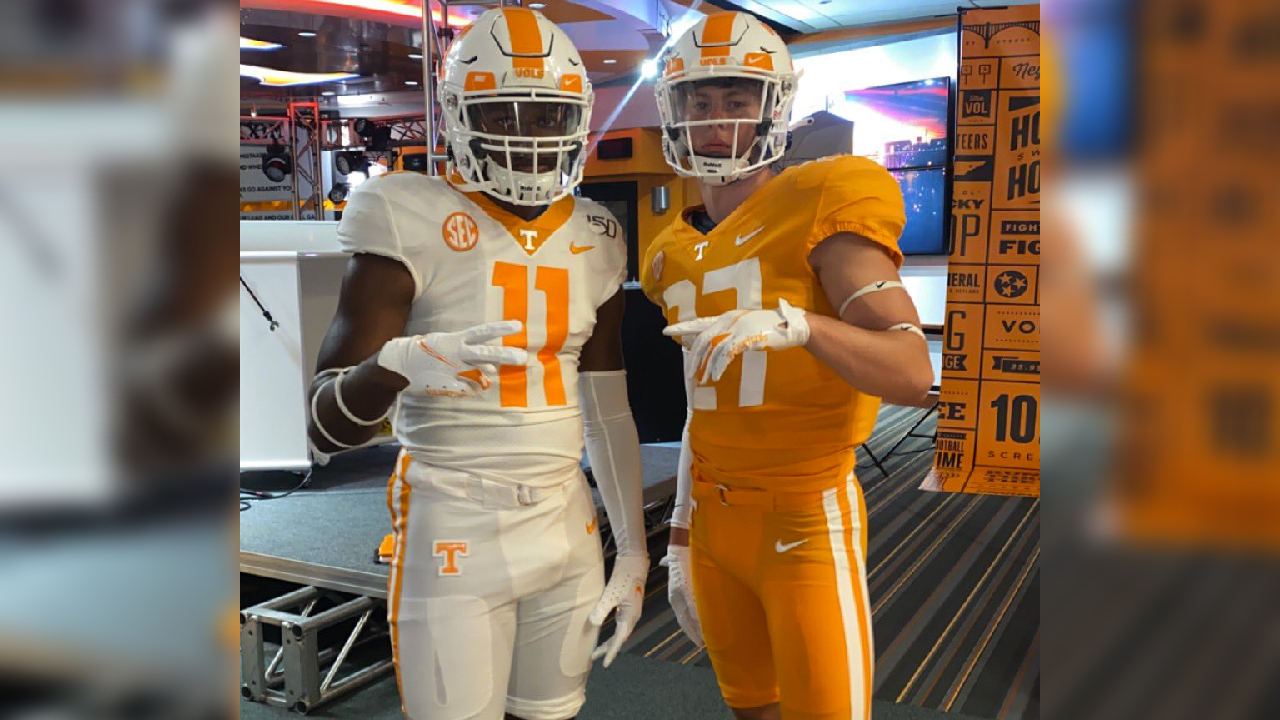 OOLTEWAH, Tenn. (BVM) — Most high school football players have obstacles to face along the way, but usually not to the magnitude of the ones faced by Tennessee football commit Phillip Mason.

For the past five years, Mason’s father has been enduring a fight with cancer.

Mason, from Ooltewah, Tenn., would frequently drive his dad to a treatment center in north Georgia. Unfortunately this would cause him to miss time from football, enough to where he would be kicked off the team during his junior season.

“It got to the point where I had to choose what I wanted to do,” Mason said. “I chose to take care of my dad. I chose my family over football at that time.”

Mason and his family would move to Rossville, Ga, prior to his senior year to be closer to his father’s facility. This would also give Phillip the opportunity to continue his football career at Ridgeland High School.

After a season of Mason accumulating 80 tackles and a state-leading, 5 forced fumbles, the Panthers were excited to add him to their defense.

The move was just one part of his eventful summer. Mason was busy attending many camps at schools such as Tennessee, Florida State and Florida.

“I lived my best life over the summer,” Mason said. “There were times where I was like, ‘Man, I don’t even want to play anymore.’ That sparked my spirit up.”

Throughout his senior season, he would stay in contact with a few different schools, waiting to announce his decision until after his high school career was over. On Dec. 5, he committed to the University of Tennessee.

“The coaches there really showed love since day 1,” Mason told Dale Dowden of Volunteer Country. “I have felt wanted by the school and felt I can play immediately there.”

He played just about everywhere on defense in high school, but sees himself sticking as either a strong safety or outside linebacker at the next level.

Mason’s Isaiah Simmons-type of build, combined with his football IQ and side-to-side ability is what makes him enticing to Josh Heupel and his staff in Knoxville. He is still looking to try and improve his acceleration before he gets on campus.

“I have some small mistakes like my read steps,” Mason said. “I’m an aggressive tackler, so it sometimes throws me off. If I see you’re shifty, I might be more passive on my tackling. I’ve got to work on a good balance that’ll stay more consistent for both styles.”

One thing Mason is consistent on is his work ethic that he brings to a football team. The energy and non-stop motor he displays should give him the ability to make plays in front of his dad and the other 100,000 people packed into Neyland Stadium on Saturdays.