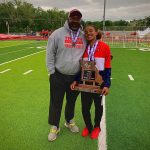 Sydney Juszczyk has followed in her family’s footsteps as a star javelin thrower. Already with a couple of national championships under her belt, Juszczyk capped her Trinity Catholic career with a third state title, nation-best throw and Gatorade Missouri Player of the Year award. 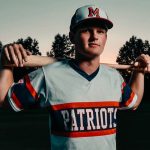 Jase Mizell has been a star baseball player at Massac County High School over the last four years. Unfortunately, he had his ﬁnal prep baseball season canceled due to COVID-19, and never got the chance to break several school records, some which were held by his father.